LATV is a pioneer in creating language agnostic content for the Latinx 200%ers for over a decade, currently reaching well over 12 million Hispanic households nationwide. With its state-of-the-art production capabilities, LATV is poised to deliver its content across TV and now digital channels.

Andres Rincon, LATV’s Vice President of Sales and Strategic Partnerships, will announce at the Upfronts its new innovative and robust cross-platform approach. LATV’s new strategy focuses heavily on original digital content centered on the voices and stories of the Latinx community. From comedy, music, pop culture news, politics, food, sports, LGBTQ stories to the beauty in being a fierce Latina, LATV is opening its doors for new Latinx talent and creators through podcasts and digital shows. In addition, LATV is also relaunching its website and social media channels.

“I’m honored to work with the LATV team to lead its digital expansion and build on its rich history of creating high quality and inclusive content for Latinx audiences,” said Mary Hernandez, Vice President of Digital Content and Sales Strategy. “LATV is in a unique position, given its broadcasting expertise and production facilities, to fill a white-space in the competitive marketplace. We are eager to have our clients join us for the ride,” Hernandez added.

Hernandez, a digital entertainment veteran, oversees all LATV digital programming and campaigns. Prior to her role at LATV, she served as Vice President of Programming and Content strategy for Latino media company, mitú. While at mitú, she rose in the ranks, having succeeded in the multi-channel network side of the business, where she led a team to recruit 150 million monthly views; created 500 strategic partnerships; and launched 10 influencer-focused super fan applications, resulting in 300K downloads. Mary was instrumental in leading mitú’s proprietary influencer marketing platform into the general market, utilizing her operations background and success with the influencer-side of the business.

“We are incredibly excited to grow our digital capabilities and content through Mary Hernandez’s leadership; we are lucky to have her,” said Luca Bentivoglio, Chief Operating Officer at LATV. “With Mary joining our team, we are in a position to dominate digital content for Latinx audiences, given our broadcast intelligence and capabilities.”

In addition to digital content, LATV is also partnering with brands to develop creative experiential campaigns, including a summer concert series geared toward igniting the Latinx audience and providing communal opportunities to share their stories with the world.

LATV is the only remaining Latino-owned TV network in the Hispanic television space. Its programming primarily targets U.S.-born Latinos and the coveted bicultural 18-34 Latinx demographic, with content that features originally-produced shows in Los Angeles, as well as licensed content that has never before been seen in the U.S. Brand partners include MARS, Chase, McDonald’s and Procter and Gamble to name a few. For more information visit www.LATV.com. 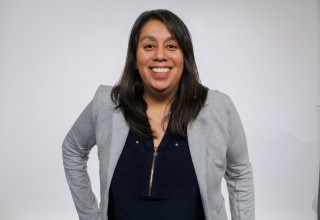 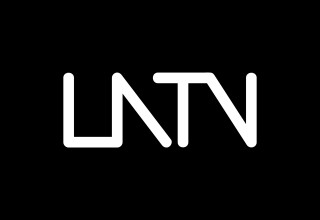