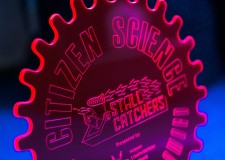 This award highlights a shift in attitudes toward “science” in education and public engagement contexts, and puts STEM activities on par with sports and other extracurricular activities in schools. As demonstrated by the middle school students, who triumphed over other teams in the “#CrushALZ” contest earlier this year, citizen science can effectively engage students in scientific activities, which are not only competitive but advance real science.

According to the students’ technologies teacher, Ms. Erin Davis, games such as Stall Catchers teach students important concepts in biomedical science, show how research is done, and empower them to exercise civic responsibility through digital citizenship.

“I am always looking for ways to motivate my students to explore areas of STEM.” - says Ms. Davis, who created the team. “STEM careers are growing, and in dire need of talented individuals. My students are highly competitive, so this seemed like a great opportunity to get involved, and further the technology conversations with a real-life example.”

According to Ms. Davis, the students were “obsessed” with the Stall Catchers competition, and that prompted them to establish their own “Citizen Science Club” at the school, which takes science out of the “science fair” setting and makes it a participatory activity.

Dr. Michelucci and his team hope this Citizen Science trophy will seed a culture of rewarding volunteer science at schools everywhere.

“We hope this award fosters a trend of better integration between science and community. By making this connection early, we are not just grooming scientists for the future, but preparing future citizens to engage with science regardless of their vocation,” says Dr. Michelucci.

Together with other competitors, Lake Hazel students helped achieve up to eight months of lab work in four short weeks of competitive gameplay, advancing Alzheimer’s disease research at Cornell University. 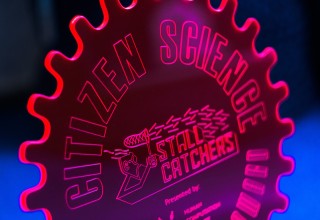 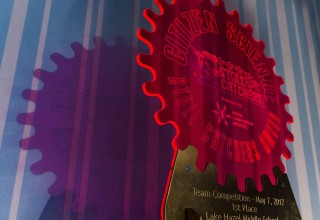 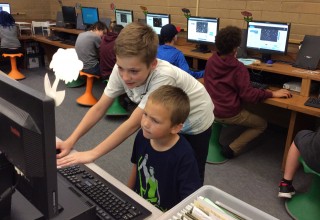 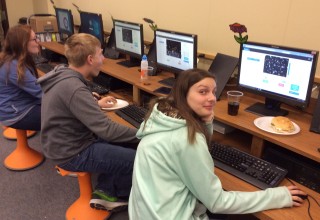