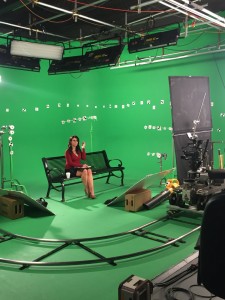 BURBANK, CA, February 28, 2017 (Newswire.com) - Loyal Studios has been producing television and commercial content for over fifteen years in Burbank and Santa Monica, California. The studio has produced everything from Snoop Dogg music videos to The Real Housewives of Beverly Hills interviews. As a result of the tremendous increase in the demand for virtual reality content (aka “VR”), the studio has been augmenting their technology to accommodate virtual reality projects.

“Virtual reality is quickly becoming a tool for brands to connect with their customers” says Bob Bekian, CEO of Loyal Studios. “VR allows people to interact with products and environments without having to travel to a physical location” Bekian added. Retail Shopping is shifting to an increasingly online model and virtual reality technology will allow customers to try on clothes or simulate the driving experience with a particular car remotely and from a VR headset. Several brands including Nordstrom and BMW are already in advanced stages of this process and have developed VR experiences for their customers.

The Burbank studio has integrated technology such as specialized lighting and tracking systems, as well as adding a library of over twenty-five thousand digital sets which can be integrated into a virtual product demonstrations. The facility upgraded to high-speed fiber optic bandwidth, which allows the studio to send and receive large files anywhere in the world almost instantaneously.  “The studio also produces a show called The Close Up, which was developed by the VR Society and talks to the leaders in the industry of virtual and augmented reality production and distribution.”

Gaming is another industry that is being improved with virtual reality. Gamers are now able to be “in the game” themselves and participate as if they are part of the experience rather than watching it on a flat screen T.V. Another exciting feature that virtual reality offers is the ability to attend an event, such as a pro sports game or concert and view the experience from the front row. Loyal Studios has added production teams that are able to capture content for VR on location to add to the services offered at the studio.

For more information on virtual reality services visit loyalstudios.tv.  Contact Owner and Producer Bob Bekian with any questions about VR and digital content production at bob@loyalstudios.tv.