The honor was presented at the 33rd Annual ASCAP Screen Music Awards on May 23. 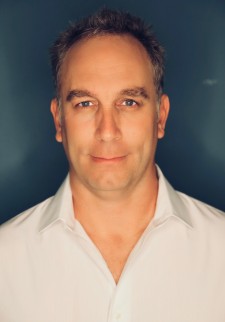 LOS ANGELES, May 24, 2018 (Newswire.com) - Los Angeles based composer/songwriter Michael Baiardi was honored with the ASCAP Screen Award as the composer for Top Cable Series "The Challenge" (MTV). The honor was presented at the 33rd annual ASCAP Screen Music Awards in Los Angeles on May 23, 2018. The invitation-only dinner and awards ceremony honored the composers and songwriters of the top box office film music, top-rated series and the most performed television music of 2017.

Baiardi, an alumnus of Berklee College of Music, originally studied Performance and Music Business. After graduating, the Queens, New York native began producing artists for major labels including Sony, Epic, Priority, Capitol, EMI, Warner Brothers, and more. He worked with recording artists such as Dr. Dre, RZA, and Eminem among others before transitioning into music for film and television. In 2000, Baiardi founded and remains principal composer of Soundfile Music, a custom composition, recording studio and music publishing company. Over the past two decades, Baiardi has contributed to the scores and soundtracks of hundreds of television and film productions including "The Avengers," "Magic Mike," "The Taking of Pelham 123," "Justified," "The Cottage," "Modern Family," "Dexter," "Ray Donovan," "CSI," "Jersey Shore" and the "Real Housewives" franchise.

'The Challenge' (MTV) has been such a thrill to work on. The producers, music supervisors, and entire production team are all top notch.

When his music first began appearing in films and television programs, Baiardi saw himself as a "popular songwriter and music producer." As his involvement in creating for visual media has deepened, he transitioned his role to one of the industry’s leading television composers. "I still write and produce songs but these days I’m focused on scoring film and television projects," he says.

Whether it is creating music for film, television or other media, Baiardi has done it all. "'The Challenge' (MTV) has been such a thrill to work on. The producers, music supervisors, and entire production team are all top notch," says Baiardi. "I get a chance to write music that genuinely excites me using the most cutting-edge sounds with future-forward music production techniques. We have been lucky enough to create music that contributes to a fantastic show that both looks and sounds great. I’m so grateful to Elizabeth, Paul and Shawn and the entire ASCAP team for this award and the tremendous support they have provided over the years!"