Krystal Choo, CEO and Founder of Wander, "the app for singles" and two-time TEDx speaker, spoke on January 29, 2016 at an exclusive event for she.com members, social media influencers and other "Change Destiny" representatives at the Hong Kong Maritime Museum. 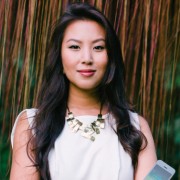 Los Angeles, CA, February 18, 2016 (Newswire.com) - Krystal Choo, CEO and Founder of Wander, “the app for singles” and two-time TEDx speaker, spoke on January 29, 2016 at an exclusive event for she.com members, social media influencers and other “Change Destiny” representatives at the Hong Kong Maritime Museum. As one of the spokeswomen of “Change Destiny,” a worldwide campaign by SK-II, a leading skin care brand in Asia, Krystal spoke about the ways that women can be empowered to change their destiny. Choo was chosen as one of the global faces of SK-II because of how she dramatically navigated her destiny from a life of depression to a life of inspiration and success, and her creation of the social discovery app called Wander. The symposium allowed her to meet with other influencers, including Elva Ni, a breakout name in the Chinese market, and delve deeper and receive inspiration as they shared stories on positive life-changing experiences.

In the symposium, Choo talked about how her years of depression made all the difference. She described depression directly and honestly, in an age where entrepreneurs or startup founders have the highest levels of depression across different industries. She speaks out about how she conquered it, eventually founding a startup that puts humans at the heart of every interaction. Choo took a personal problem and created a solution that is useful by everyone.

Every second, we have the opportunity to make the next second greater than now

Personal strength is not the only thing that Choo developed from suffering from depression; it also led to her big startup idea: Wander, an app for single individuals who seek to connect with like-minded single individuals over common interests. According to an article on NextShark, “the concept of loneliness is a huge theme in Choo’s inspiration for Wander.” She also expresses that her struggle with depression helped put things in perspective and prepared her to deal with the challenges and obstacles of building a startup.

Choo asserts, however, that Wander is not a dating app, although her app is not against dating. “A lot of people think singles is just dating, and to me dating is about finding either people to hook up with or to potentially seek a partnership with someone. Wander is neither of those things. It’s an app for singles to connect and share meaningful moments… If you’re just looking for a hookup or dates in general without wanting to form a meaningful connection, I can direct you to 20 other apps that do that. I’m very focused on creating a quality community of people who are very conscious, authentic, and want to connect.”

The SK-II #changedestiny stories video featured Choo guiding the audience through her long bout of depression since age thirteen. “My strength comes from my darkness,” she declares. She narrates her story of growing isolation, losing the will to live and eventually being diagnosed with clinical depression. “I made the decision to live, however hard that was. Slowly, a small light appeared, after 8 years, I had finally come out of the darkness.” She emerged from a low point in her life to a point of confidence and success, and says that she draws her strength from her long struggle. The video has garnered over 1 million hits, primarily across Asian territories, and has been extensively shared on social media, especially in a region where the topic of depression is still largely taboo.

Choo’s manifesto of change is anchored on four main points: “Every second, we have the opportunity to make the next second greater than now.” She also re-frames the common notion of destiny being about chance. “Destiny isn’t a matter of chance, it’s a matter of choice.” She also emphasizes the importance of honesty with oneself: “So let go of what others want you to be. Change, is in all of us.” And the importance of taking charge and making decisions: “The only person you are destined to become, is the person you decide to be.”  She spoke about taking action and making a plan to instigate change in small steps, and stated that changing one’s destiny isn’t “overnight” or “some impossibly large goal to achieve.”

Wander Social App Launches Interest Groups for Singles
Wander, the social app for singles, launches 'Wander interest groups' to allow singles around the world the ability to chat in groups around shared interests they are passionate about.
Infuse Creative, LLC - Apr 2, 2016