“Mainstream beauty brands don’t pay enough attention to black women’s natural beauty,” commented Elise, who is starring in the upcoming film Death Wish with Bruce Willis. “My goal is to offer consumers an affordable, top-quality natural and organic line. It’s formulated for black women who wear natural hair, weaves and everything in between.”

According to the company, the Kimberly Elise Naturals Kinky Coily Care Kit contains only the best-quality, natural and organic ingredients, including aloe vera, coconut oil, shea butter, mango butter, argan oil and grape seed oil, in a precise combination developed to deliver the most reliable, safe and healthy results for women with coarse hair textures. The entire line is vegan and ethically produced, all issues which are extremely important to Elise, a mother of two daughters, vegan for over 15 years and committed healthy lifestyle advocate.

Elise, a Minnesota native, has won a Chicago Film Critics Award and starred in numerous films, including Dope, The Manchurian Candidate and John Q. Death Wish is set to premiere March 2, 2018, with significant excitement surrounding the remake of the action-film classic.

Feedback from customers about the line has been positive and enthusiastic:

A recent customer raved, “Thank you. Love, love, love the products. Thank you for creating products that do exactly as you said they would. My hair is more nourished and manageable. It has been so dry for so many years and I tried practically every product that was created for natural hair and none of them worked. I finally have something that gives me some relief from the dryness and gives me options as to how I can wear it. I am so excited! I am really loving my natural hair for the first time in years! And know that I am telling everyone I see with natural hair to give your products a try. Continued success! Thanks!”

For more information, be sure to visit the vegan actress’ natural living blog, http://www.kimberlyelise.com. 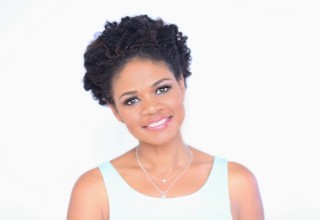 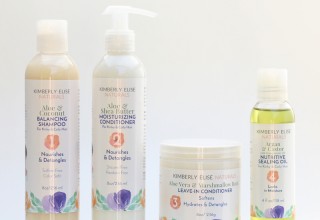