During Seasons 1-4, "Wild ‘N Out" viewers were entertained by Williams’ pimpish comedic antics on television and will have the chances the comedic legend to see reunites with the "Wild 'N Out" gang on November 2, 2018, in St. Louis at Enterprise Center and again on November 3, 2018 in San Diego at Viejas Arena.

Audiences will be wowed as one of the original cast members exchanges jokes and jabs with the new generation of "Wild ‘N Out" comedians. Fans can expect many surprises from the most respected and longest running sketched hip-hop comedy improv show. The "Wild ‘N Out" Live promises to be an unforgettable night of laughs from today’s most talented entertainers by boldly bringing television wildest cast to the stage in the viewers’ hometowns.

Tickets for these two shows are now available on www.wildnoutlive.com and start at only $30. 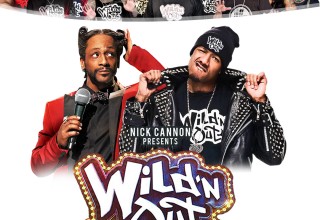