Kansas City Business Gives Up Tickets to the Big Game and Donates $20,000 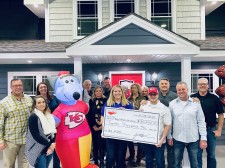 KANSAS CITY, Mo., January 28, 2020 (Newswire.com) - For over three years now Alenco, Inc., a Kansas City based home improvement company, has made a friendly bet with like-companies from across the United States that call themselves the Big12. These businesses in the Big12 not only work together on best practices for their companies but also work together to support one another’s local communities and charities. Alenco and the Big12 made their bets early in the season much like they do every year. The format of the bet was that the last team standing must reach the NFL championship. A California based company opted for the Rams at the beginning of the season so the Kansas City Chiefs became the default winner. The bet was that if your team made it to the Big Game, your company had the choice to receive tickets to the championship or donate. With the Kansas City Chiefs not being to the big dance in 50 years, it was a tough decision for the owner.

However, in the end, Allen Erskine (owner) and Jon Erskine (VP of operations) made the decision to fall back on what they value the most, giving back. So this year, Alenco will be presenting a check for $20,000 to Royal Family Kids Camp of Lenexa, KS. Royal Family Kids Camp is a network of camps that offer child mentoring for abused, abandoned, and neglected children in the foster care program. Alenco Home Improvement have been Kansas City Chiefs season ticket holders for nearly 30 years. While it was a tough decision, giving up tickets to the Big Game to benefit a charity felt it was the right thing to do. 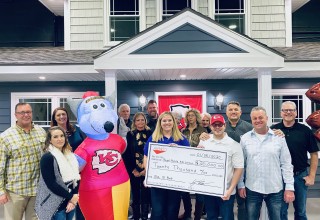 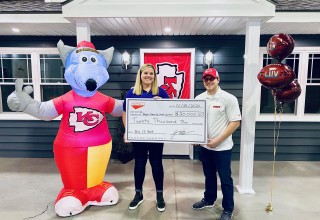 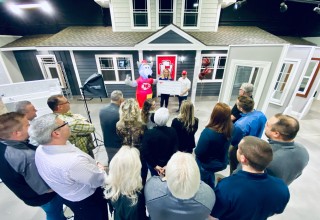 Alenco Honors Local Veteran With Free Shower Remodel in Recognition of Veterans Day for the Fifth Year in a Row
Alenco, Inc. - Nov 8, 2021