As summer vacationers migrate to South Florida and the summer season gets into full swing, South Florida residents and businesses are preparing for an onslaught of migrants, coming down to enjoy the beautiful beaches and sunshine. 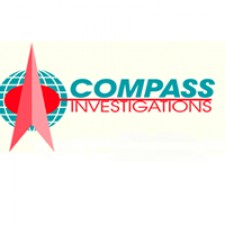 FORT LAUDERDALE, Fla., July 6, 2017 (Newswire.com) - Imagine arriving at a South Florida vacation home to find other people living there. The vacationer calls the police but they are unable to remove these people from the residence.

While this may sound like a nightmare scenario, it is a reality in South Florida, as private investigator John Van Steenkiste from Compass Investigations of Fort Lauderdale, knows all too well.

Not is all perfect down on the Gold Coast.
South Florida Residential squatters are a new scam occurring across South Florida. Many holiday and seasonal homes are vacant for long periods of the year, making it easy for squatters to break in, change the locks, and take residence in the temporarily unoccupied house. The same is true of foreclosed properties that stand empty for months on end. In both cases, these scammers are not simply living in the house, but using it as a source of income.

The Modus Operandi
Using burner phones and fake bank accounts, they present themselves as rental agents. They keep the utilities running, maintain the property, and rent out rooms to unsuspecting tenants.

The scam artist will usually ask for the first and last months' rent, and then sit back while the remaining rent is deposited into their account each month. When the real owners of the property arrive, or the bank finally forecloses the home, the duped tenants are obviously reluctant to leave, as they have signed a lease contract and believe that they are renting lawfully.

Not an Easy Problem to Sort Out
Unfortunately, it is almost impossible for the police to remove these tenants once they've taken up residence on the property. Legal Distinctions According to Compass Investigations. There is a difference between trespassers and squatters in Florida law. A trespasser enters the property temporarily for some reason other than occupancy, like theft or vandalism, in which case the police can remove them. However, a squatter enters a property with the intent to live there, and will usually claim the right to do (as in the case of these scams, where they believe that they are legally renting the space). In this situation, the police cannot remove the squatter, as the matter is now a "civil" one — the property owner must appeal to the courts to remove the illegal squatter.

Adverse possession laws can also make it difficult to remove squatters, which is why homeowners must act quickly upon discovering these unwelcome guests. It can also be incredibly embarrassing and stressful for tenants to realize that they’ve been taken for a ride by a scam rental agency. More often than not, the scam is no sooner discovered than the con artists have closed the bank account, dumped the burner phones, and run off with the money. This leaves both the homeowner and illegal tenant in a difficult position.

Private Detective Protects Homeowners and Tenants
John Van Steenkiste is a successful private investigator with over 35 years of experience in the field. With his team of paralegals, researchers, computer specialists, and investigators, he has worked with both private individuals and government agencies in the course of his career. John's expertise has been invaluable in protecting would-be renters in South Florida from being taken in by residential scams. He runs a background check on the potential renter or rental agency, and can pull the records for the property to help renters make sure they are dealing with a legitimate person or agency.

John Van Steenkiste Lobbies State Senators for Bouncer Regulations Laws
Professional private investigator John Van Steenkiste is lobbying for new bouncer regulation laws after a series of physical assault cases involving bouncers and civilians. Due to the lack of formal regulation and licensing of bouncers in clubs and bars, altercations between bouncers and patrons can result in serious injuries or even death.
Compass Investigations - Sep 12, 2017