With a B.S. in Civil Engineering (Construction Engineering/Management) from the University of Illinois at Urbana-Champaign, Carroll's experience spans all aspects of home building, development, housing, and real estate financing. 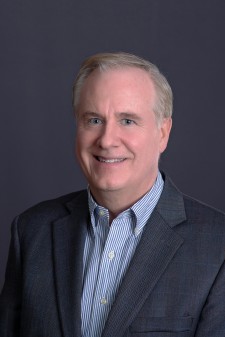 Carroll brings more than four decades of experience to Providence, which is one of the leading new-home builders in Northwest Indiana. In his new role, he assumes responsibility for day-to-day operations while prior ownership remains primarily as land investors.

“Homebuilding is a relationship-based industry. That is particularly true in my transition to Providence,” said Carroll, explaining he has known the exiting owners since the 1980s. At the time, Carroll was the director of land acquisition and development for Centex Homes Illinois Division.

In 1993, Carroll stepped into a senior position at Kirk Homes and eventually moved up to president and CEO. Over the next decade, Carroll grew Kirk Homes into one of Chicagoland’s top builders, reaching a peak of more than 500 homes constructed annually and more than $130 million in average annual revenue.

In late 2009, Carroll joined the Ryland Group as president of the Chicago Division. During his seven-year tenure, the publicly traded builder merged with Standard Pacific Homes to form CalAtlantic Group, Inc., and by 2016 the Chicago operation was the largest residential builder/developer in the greater Chicago area, closing 630 homes with revenue exceeding $150 million.

“Now, after intentionally taking a few years off to focus on family and other endeavors, I’m eager to get back into homebuilding,” said Carroll. Providence was a natural fit, he said, when he was approached by ownership as they were looking to transition out of real estate development to focus on their core business.

“We have built a longstanding trust with one another,” he explained.  “At Providence, I plan to optimize efficiencies and use a market-driven approach to grow the business in a smart way."

He will continue to focus on development in Northwest Indiana just as Providence has done since 2004; however, Carroll is open to all opportunities that present themselves, even in Illinois.

Providence has built more than 1,000 new homes in Northwest Indiana since its inception and is committed to supporting Lake County by using local subcontractors and suppliers whenever possible. Current single-family-home communities include Briarwood and Heritage Falls in historic Lowell, Creekwood Crossing in Merrillville, Providence at Stonegate in Winfield, and The Regency in Crown Point. Providence is building townhomes at Commons West in Winfield.

The newest Providence community is Burr Ridge, which is celebrating its grand opening. The neighborhood in Schererville features ranch and two-story single-family homes with more than 2,000 square feet of living space, three or four bedrooms, and two or 2-1/2 baths, priced from the upper $200,000s. A decorated model is open daily at 5652 Burr Ridge Circle. Call (219) 688-9515 for details.

Stevens & Tate Marketing is a digital agency specializing in meeting the ever-changing demands of today's consumer. As experts in all areas of Internet Marketing, we know how to navigate through evolving trends and technologies for today.