It is already established that ceramic cups require 1000 times the energy to make a paper cup, and thus unless a ceramic cup is used at least a 1000 times, it's not as green as a paper cup, which when manufactured from certified sustainable paper and recycled properly have minimum effect on the planet. The question now is, is it as safe as a paper cup either? 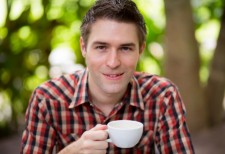 NORTHAMPTON, UK, July 24, 2017 (Newswire.com) - The Many Health Hazards of Ceramic Mugs: Why Workplaces Are Switching to Paper Cups.

What's cleaner than the average office coffee mug? A toilet seat. Yes, really! Studies have shown that ceramic coffee mugs are amongst some of the most germ-infested items in the workplace.

Some years ago, an investigation carried out by microbiologist Dr. Charles Gerba of bacteria in the average workplace elicited some horrifying statistics. Dr. Gerba's study found that twenty percent of coffee mugs used by office workers carry faecal bacteria. Not only that, 90 percent of those mugs were also contaminated with other sorts of potentially harmful germs.

That's enough to make anyone sick!

Considering that most people spend a good portion of their day gripping a coffee mug, it's no surprise how many germs end up on it.

The study also found that areas in an office that people regularly rest their hands upon can contain up to 10,000,000 bacteria, and the average desktop in an office has more bacteria than any surface in a bathroom.

In fact, the items with the least amount of bacteria were photocopier surfaces and, well, toilet seats.

Ceramic Mugs: Not So Clean After All

In most offices, everyone has their own mug. The boss has the obligatory THE BOSS mug, the receptionist has the pink-and-white polka-dot mug, the IT guy has the Batman mug.

Whatever their preference, each person has "their" mug or cup or glass that they - and they alone - use each day.

Although they won't admit it, most people probably don't clean their daily office mug as regularly as they should. After all, if they're the only one using it, what's the point of scrubbing it every day?

The scary news is that bacteria can live on surfaces for days or even months. This is long enough for them to migrate from the bathroom to a keyboard, then from the mug to the mouth. The problem, it seems, is the cleaning.

Water used in the washing-up process has to be hot enough to kill germs. Of course, when people are at work, they're not thinking about sterilising their coffee receptacle. They're thinking about answering emails, finishing reports and oh, brewing up another caffeine hit. In between all that, there just isn't the time to scrub a mug with hot, soapy water.

And germs aren't the only problem with those mugs.

Coffee in a Mug: An Accident Waiting to Happen

Along with the issue of hygiene is the issue of safety. One of the biggest contributors to burns in the office environment is coffee, tea and any other beverage brewed during the office hour.

Burns from hot liquids are one of the most common causes of injury in the office. Obviously, most beverages made in a mug will be boiling hot for at least a short period of time. As everyone knows, the traditional coffee mug has no lid. While this makes it convenient for quick refills, it also makes it something of a lethal weapon in a cluttered office environment.

And when moving that mug around the office, there's every chance that the person carrying it could either a) drop it b) bump into someone c) slop the contents on the floor where somebody can slip on it d) encounter any number of similar messy mishaps.

So, what's the alternative to these germ-infested, accident-prone but nonetheless essential kitchen items? Simple! Throw out the mugs. Invest in paper cups.

Paper Cups: The Hygienic and Safe Alternative to Mugs

Kitchens and cafeterias in offices around the world are now turning to paper coffee cups for the sake of health, hygiene and safety.

No workplace can afford to have workers getting sick or injured. And, considering how quickly germs proliferate in the office environment and how easily accidents can happen, it just makes sense to stop the madness before it starts.

In fact, there are a number of reasons why paper cups trump ceramic.

The most important reason of all. The average coffee mug sits around gathering skin cells, food particles, lipstick, airborne germs and yes, faecal matter. These things are foul enough in the first place: think of how delightful they'll be in a day's time - or a week!

A paper cup is designed to be used once and thrown away. That's it. This eliminates the chance of bacterial colonies contaminating the next beverage - or the mouth, for that matter. Paper cups are an obvious solution to eliminating the spread of bacteria. They're a simple, everyday product made to perform a single task - once.

Anyone who has held a mugful of boiling coffee knows how heavy and cumbersome it is. Considering that most office environments are a minefield of desks, chairs and stressed-out co-workers, that freshly-brewed cuppa is just moments away from disaster.

Paper cups, on the other hand, are fitted with a spill-proof lid. So even if collisions or falls do happen, the lava-like contents are safely contained. This greatly reduces the chance of accidents, making for a safer work environment.

Who has the time - or energy - to do dishes at the end of the work day? Or worse, every time they use a mug? For a mug to be sufficiently clean - that is, for all the potentially harmful bacteria on it to have been killed and washed away - the average mug-user would need to spend at least five minutes at the sink. So, if the average mug-user uses their mug three or four times a day, that's 20 minutes of the workday down the plug hole. Add that up per week, and per year - well, that's time most bosses won't be happy about paying out for. With a paper cup, there's no need to wash and dry. Just dispose and go. Now, that's efficient!

With a good recycling system in place, paper cups are the obvious solution to problems caused by office crockery. And it goes without saying: most people would probably prefer a clean paper cup to three-day-old faecal matter!