Keeping Bitcoins secure is a must. HooFoo can help with their awesome multi-crypto hardware wallet.

PALO ALTO, Calif., November 29, 2017 (Newswire.com) - At first glance, people could mistake HooFoo as a stylish minted coin that anyone could carry around in their own wallet. But upon closer inspection, this tiny waterproof coin is actually jam-packed with the world's most secure crypto chip, a fingerprint/facial authentication system, and a 4.0 bluetooth connection to pair up with your iPhone 10. So, what exactly is Hoofoo?

"Hoofoo is the most game-changing device ever invented for the cryptocurrency world. It is a hack-proof hardware wallet that pairs up with your smartphone," says Chadrick, founder of Hoofoo.

Hoofoo is the world's most secure cryptocurrency wallet. It is hackproof, stylishly designed, and a true game changer.

The conversations about cryptocurrency are everywhere and the excitement is high. That said, insiders and experts agree: Keeping crypto coins safe is a smart top priority, especially after recent crypto robberies resulted in hundreds of millions of dollars stolen. HooFoo has stepped up to the call, announcing their launch that starts today of their exciting Indiegogo crowdfunding campaign.

"It can pair up with any phone and be used to store an unlimited amount of multiple cryptocurrencies such as Bitcoin, Ethereum, and Litecoin. Till this date, no hardware wallet has been released for iOS phones until Hoofoo; therefore wallets have been both insecure and inconvenient in the past," Chadrick comments.

According to HooFoo, the hardware device has several features which puts it far ahead of its competitors when it comes to staying secure.

This includes the HooFoo hardware structure itself, which is USB free, a common hacker entry point. Instead, Hoofoo relies on a much more hard to penetrate Bluetooth connection. It also has an added factor of both a face and a fingerprint authentication system in the app synced to the hardware, so no one can access your key.

HooFoo doesn't stop there but delivers other advantages, like The HooFoo hardware "Dime", which protects the user's Bitcoin private key by completely removing the sign-in step from the Bitcoin network by signing in offline, keeping the private key within the hardware wallet itself, and never exposing it to danger. It also comes with the "Motherbox" which simultaneously charges the Dime and stores the backup key, which is also password protected.

The HooFoo hardware features the new highly encrypted and very well-reviewed X-Chip, a huge leap forward from other chips commonly used by competitors which have been shown to be vulnerable to malware attack, and can result in stolen Bitcoins or other cryptocurrency.

Early feedback from beta users has been completely positive.

Chris S., from Boston, recently said in a five-star review, "Me and my buddies have taken a hit in the past when our bitcoins simply vanished from a popular resource that went under after a couple hacking scandals. Since then, I've taken security much more seriously and that means turning to hardware solutions. I've not seen one as effective, as easy to use, and as beautifully designed as HooFoo. I love how it uses my smartphone as a way to access my wallet since my phone is literally with me 24 hours a day. I'm sure their crowd-funding will be a complete success since this is a true game changer. Fully recommended."

For more information be sure to visit http://igg.me/at/hoofoo.

About HooFoo
​HooFoo is a dynamic tech company on the cutting edge of cryptocurrency developments. They are happy to offer the first hot and cold combination wallet, designed to secure and simplify cryptocurrency transactions using iOS and Android devices. 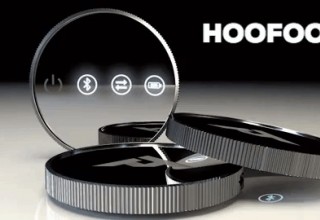 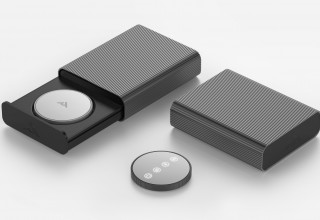 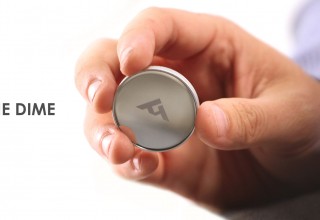 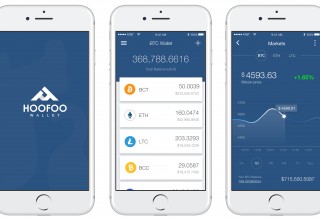