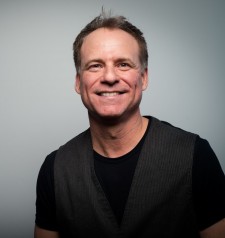 San Francisco, Calif., June 6, 2017 (Newswire.com) - Innovecs, a top global outsourcing company with R&D centers based in Ukraine, today announced that the company has completed executive leadership hires in all four major territories in which it currently operates.

In only five years, Innovecs, now with corporate offices in New York, San Francisco, London, Frankfurt, Bern, Tel Aviv and R&D centers in Ukraine, has built a portfolio of more than 30 clients around the globe, including several Fortune 500 companies.  Specializing in the design and development of innovative software solutions, the Innovecs team has deep expertise in the fields of Gaming & Entertainment, AdTech, FinTech, eCommerce, Logistics, Telecommunications and Healthcare. The company, and its co-founding CEO, Alex Lutskiy, recently won the prestigious Ukrainian award “Person of the Year – 2016” for excellence in Ukraine’s digital industry.

"We're excited to welcome a stable of truly accomplished industry veterans to spearhead our regionally focused strategy best suited to serve clients locally. The most recent addition of Brogan to Doug's team is testament to our belief in the fundamental growth prospects of digital and mobile gaming."

In the fall of 2015, the company announced that Gerry Michaeli had been appointed Managing Director of Innovecs Israel, representing the first of several international executive hires. Originally trained in software engineering, Michaeli is a senior executive with more than 16 years of experience in hi-tech, working throughout various territories (Americas, EMEA, APAC).

Earlier this year, Michaeli was joined by Armin Roth, who serves as Managing Director, Innovecs Europe. Before taking on his role at Innovecs, Roth represented both leading nearshore as well as offshore companies in Western Europe and the Middle East (Exigen, Globallogic, Shinetech). Having founded two software engineering-focused companies, along with various leadership positions at larger global European corporations like Sopra-Steria, Integris and Bull, Roth is uniquely suited to deliver customized engineering solutions for companies of all sizes throughout the European territory.

North America is being led by Managing Director Doug Dyer, a 20-year gaming industry veteran based out of the company’s east coast offices. Priro to Innovecs, Dyer served as General Manager of Wireless for THQ and as Warner Brothers’ Vice President of Mobile Gaming.

Since January of this year, Dyer has spearheaded the formation of Innovecs Gaming, a new division of Innovecs based in New York City specially designed and dedicated to advance the company’s leadership position in the global games outsourcing sector. Dyer will work closely with the advanced engineering and art teams, based in Kiev, to expand on existing client relationships with industry leaders, including Warner Brothers, Real Deal Gaming, SGN and Zynga.

The company recently completed its global leadership team with the appointment of Brogan Keane to the role of Senior Vice President, Sales & Marketing of Innovecs Gaming. Similar to Dyer, Keane has over 20 years of experience in the gaming business, much of it leading product development and marketing teams at industry leaders Eidos, Electronic Arts, Sony and others.

“We’re excited to welcome a stable of truly accomplished industry veterans to spearhead our regionally focused strategy best suited to serve clients locally,” said Alex Lutskiy, CEO of Innovecs. “The most recent addition of Brogan to Doug’s team is testament to our belief in the fundamental growth prospects of digital and mobile gaming.”