Weekly Releases February to May Include Comedies, Dramas, Documentaries and Specialty Features 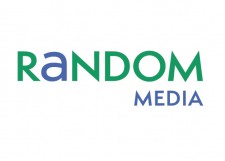 LOS ANGELES, February 6, 2019 (Newswire.com) - Los Angeles-based Random Media, a leader in distribution and promotion of independent cinema, announces the acquisition and release dates for 15 new to streaming digital, video-on-demand (VOD) and DVD, the company’s largest announce of new product ever.

The announce includes the debut of a wide assortment of feature films that have recently or continue their festival and/or theatrical runs, including dramas, comedies, documentaries and specialty films, which join Random Media’s distinctly diverse portfolio of top indie releases. Launching the company’s fifth year of releasing "great independent films, by great independent filmmakers" with near-weekly releases, the Random Media slate from February to May 2019 features:

“We’re thrilled for the opportunity to work with such a fantastic assortment of filmmakers on some of the most exciting and diverse indie features we’ve seen come along in years," said Eric Doctorow, Random Media’s CEO. "With the great pool of talent creating independent film and a wide selection of platforms to showcase them, we enter our fifth year with more fantastic films for a broader audience than ever."

Patient 001 (2/5) – When a wife, desperate to give her beloved dying husband a child, clones him, the baby’s birth unexpectedly brings the husband back to life, unleashing terrifying results.

Hunter (2/12) - Driven to the brutal, winter streets of Chicago by demons real and imagined, a young man grapples with the horrifying truth of the supernatural figures that killed his family, to rise above being the victim and become the HUNTER.

Doobious Business (2/19) – the shocking and sometimes hilarious portrait of Glenn: a businessman, family man and pot dealer in Toronto whose world shatters upon the legalization of marijuana.

Abnormal Attraction (2/26) - In a world where fairy tales are much more than tales, monsters and humans must coexist. Some people respect the differences between races while others do not. For years, tension has been growing -- and today it will reach its breaking point.

Black Ruby (3/5) - Two best friends, Jules and Louis, hustlers and jazz musicians, struggle to create a hit song planned to put Jules on the path to stardom. When Ruby, a young seductive escort finagles her way into their lives, she turns their friendship upside down, distracting Jules from his music and causing Louis to street fight his best friend's debts away.

Kathryn Upside Down (3/12) - When fashionista Kathryn serendipitously meets her biological father, a plumber, for the first time, her world is turned upside down. As she pieces together her distorted reality, she risks flushing it all away.

As You Like It (3/19) – John Wayne meets Shakespeare … in the desert. This contemporary adaptation of Shakespeare's comedy classic that is bold, visionary and unlike any other, using Shakespeare's original language with an all-male cast (as was the Shakespearean stage tradition), which emphasizes themes and ideas in the original work that are lost in most modern adaptations.

Flashout (3/26) - Three young women from a space habitat in a parallel universe play a blind date reality game in order to experience the euphoria of the Flashout. Unexpectedly, they are trapped on unfamiliar planet Earth by a reality repairman assigned to preserve the Multiverse by destroying their pleasure-filled game.

Heartbreak (4/16) - Based on the life of an award-winning professional billiard champion who is down on his luck who encounters a young Korean woman seeking to become the billiard world champion to save her son's life.

Yamasong: March of the Hollows (4/23) – An automated girl and tortoise warrior journey with a band of outlaws on an incredible quest. Their one hope is to find a legendary relic to defeat a sinister mechanized army and save the creatures of their world.

The film will include a limited national theatrical release.

Reinventing Rosalee (5/7) - Rosalee Glass, a Holocaust survivor taken prisoner to a Russian gulag in Siberia during WW2, shares her story of survival and transforms her life in her late 80s by starting an acting career. In her 90s, she won a senior beauty pageant and was seen by millions in a Super Bowl commercial and dares to ride Alaskan Sled dogs at 100.

The film has appeared in over 85 film festivals, winning 36 awards and earning three dozen "Official Finalist" and "Semi-Finalist" selections.

The film will include a limited national theatrical release, including Los Angeles and New York.

Eye & Prize (5/14) - Four strangers move into a small apartment to take part in a "Big Brother"-type reality show, but soon find that all may not be what it seems.

Unwritten (5/21) - An agoraphobic, failed writer who lives in a used bookstore becomes convinced that a mysterious customer is the villain from a story that he never finished writing.

Random Media is a content company that acquires and distributes films on a worldwide basis through movie theaters, conventional brick and mortar retailers, digital platforms, cable and satellite companies and television networks. Random Media's library includes such acclaimed films as The Motel Life, Escape From Tomorrow, The Visit, Meth Head and For Those in Peril. 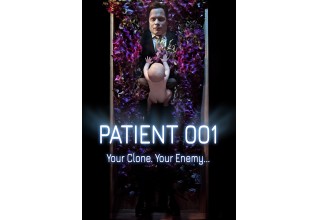 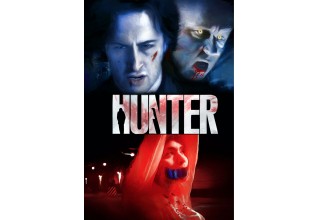 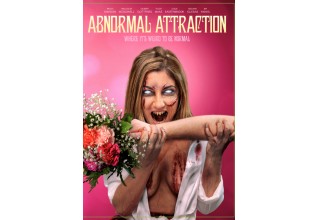 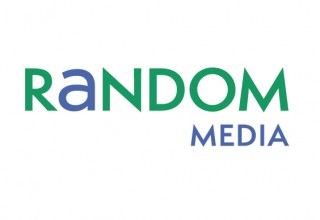 Random Media is a content company that acquires and distributes films on a worldwide basis through movie theatres, conventional brick and mortar retailers, digital platforms, cable and satellite companies and television networks.

Random Media Proudly Debuts 'Hot Doug's: The Movie'
A Mouthwatering Story About One Man's Quest to Serve a Better Hot Dog. Cultural and Culinary Documentary About Fandom and Going Out on Top. Serving It Up on DVD, Digital and VOD - Beginning June 25, 2019.
Random Media - Jun 18, 2019

102-Year-Old Rosalee Glass Proves 'It's Never Too Late to Live Your Dream' in 'REINVENTING ROSALEE'
A film festival favorite with almost 40 awards. Available on Digital HD, DVD and VOD May 7, 2019, in time for Mother's Day
Random Media - Apr 23, 2019