A film festival favorite with almost 40 awards. Available on Digital HD, DVD and VOD May 7, 2019, in time for Mother's Day 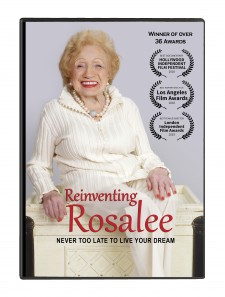 LOS ANGELES, April 23, 2019 (Newswire.com) - The inspirational documentary about 102-year-old Rosalee Glass, REINVENTING ROSALEE, whose remarkable life story spans incredible tragedy turned into boundless joy, will be released on Random Media Digital HD, DVD and VOD May 7, 2019. Already an overwhelming fan favorite before its Los Angeles and New York 2019 theatrical runs (April 2019), REINVENTING ROSALEE has screened at an unprecedented 90 film festivals worldwide and won almost 40 awards in the process. Directed by her surviving child, renowned author and body-language expert Dr. Lillian Glass, the film chronicles mother/daughter travels around the world to places where Rosalee lived during the war to new ones she longed to experience, and unfolds a heart-warming story of new beginnings, mother and daughter bonding and the strength of the human spirit.

"There's no question that 102-year-old Holocaust survivor Rosalee Glass is an extraordinary, inspiring woman worthy of a cinematic close-up"
- The Los Angeles Times

"She's a study in fortitude"
- The New York Times​

Rosalee Glass survived the holocaust, labor camps and the tragic loss of three children. After her beloved husband of 60 years passed in 1996 and, shortly thereafter her third child, she was devastated and didn’t want to go on. Literally one day she woke up and decided to live the rest of her life to the fullest. In her 80s, she took piano lessons, tai chi, boxing, tango dancing, swimming, French and acting. In her 90s, she got an agent and began a successful career appearing in commercials for Google, Porsche, Hallmark, Blue Cross and ESPN’s “X Games.” For her 100th birthday, she dared to travel to Alaska to ride with sled dogs, authored “100 Years of Wisdom” and started an online life advice service.

INTERVIEWS WITH ROSALEE AND LILLIAN GLASS ARE ALSO AVAILABLE

Official Synopsis: REINVENTING ROSALEE is the unforgettable story of Rosalee Glass, a 102-year-old Holocaust survivor taken prisoner to a Siberian gulag, who transforms her destiny. In her late 80s, she begins an acting career; in her 90s, she wins a beauty pageant and stars in a Super Bowl commercial; and at 100 dares to ride with sled dogs in Alaska. A courageous testament to the human spirit regardless of age, it screened to acclaim at over 90 film festivals around the world and won over 40 awards in the process. REINVENTING ROSALEE is a fantastic true story of hope and inspiration that you will never forget!

REINVENTING ROSALEE is MPAA rated PG-13 with a total running time of 80 minutes.

Logline: Proving that it is never too late to live your dreams, REINVENTING ROSALEE chronicles the remarkable life of 102-year-old Rosalee Glass, from the horrors of the holocaust and family loss, to finding great joy late in life.​

About Random Media: Random Media is a content company that acquires and distributes films on a worldwide basis through movie theatres, conventional brick and mortar retailers, digital platforms, cable and satellite companies and television networks. Random Media is known for its commitment to building strong, supportive relationships with its filmmakers. The company’s growing library includes such acclaimed films as Getting Grace, Tommy Battles the Silver Sea Dragon, Killswitch: The Battle for Control of the Internet, The Lost City of Cecil B. DeMille and The Landing. 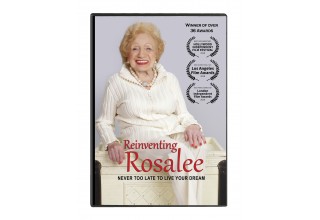 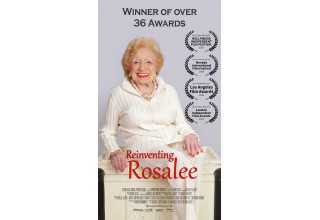 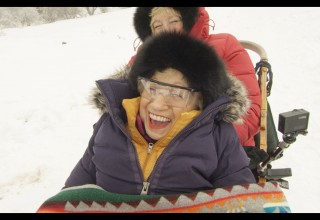 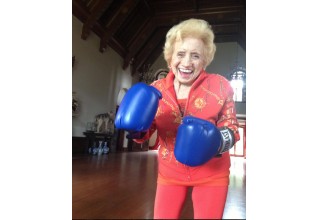 Random Media is a content company that acquires and distributes films on a worldwide basis through movie theatres, conventional brick and mortar retailers, digital platforms, cable and satellite companies and television networks.

Random Media Proudly Debuts 'Hot Doug's: The Movie'
A Mouthwatering Story About One Man's Quest to Serve a Better Hot Dog. Cultural and Culinary Documentary About Fandom and Going Out on Top. Serving It Up on DVD, Digital and VOD - Beginning June 25, 2019.
Random Media - Jun 18, 2019