In Honor of Earth Hour, KlimaDAO Launches Carbon Offsetting Campaign, Allows Participants to Personalize a Message to the Planet

SAN FRANCISCO, March 31, 2022 (Newswire.com) - KlimaDAO launched its Carbon Offsetting Campaign on Saturday, March 26, in honor of Earth Hour. Using Klima Infinity, the DAO's carbon offsetting tool, individuals and organizations alike are encouraged to complete their first on-chain carbon offset, effectively removing emissions credits of carbon dioxide and other greenhouse gasses. In doing so, participants are also able to submit a personal message about their love for the planet, to be memorialized on the blockchain.

Early participants in this campaign have already retired from the market over 2,500 tonnes of carbon via tokenized carbon credits, nearly double the emissions savings in Dubai during Earth Hour in the past 13 years (1,600 tonnes of CO2). In doing so, they have submitted over 100 Love Letters, ranging from the deeply personal to the poetic and the practical. One participant retired 30 tonnes of carbon while writing, "For our children, grandchildren, and generations to come." Another individual offset 1.91 tonnes and remarked, "Thrilled to offset our March break vacation flights. It was a great trip!" Nonprofit organizations such as Thought For Food and web3 projects like Moss.earth have participated with their own Letters in a demonstration of coordinated climate action embodied by the Regenerative Finance (ReFi) sector.

As KlimaDAO onboards more partners to participate in an ever-growing ecosystem of sustainability champions, the DAO hopes to gain mass participation in the end-to-end lifecycle of seamlessly purchasing carbon credits and offsetting them. KlimaDAO continues to onboard partners, such as the digital wallet Eco, to give consumers access to a climate-positive economic system.

"For organizations, the motivation to offset is often tied to environmental, sustainability, and governance objectives," said Oxymoron, a KlimaDAO Core member. "For individuals, however, the act of offsetting can be more personal — whether it's to offset their own footprint or for the betterment of their children's future."

KlimaDAO was one of the first to utilize its new retirement function, offsetting 165 tonnes of BCT (Base Carbon Tonnes by Toucan Protocol) and MCO2 (by Moss Protocol), equal to 1.5x the organization's greenhouse gas footprint since launch back in October 2021. A simple Love Letter read, "Forged in the hope we may preserve this blue planet and its inhabitants."

KlimaDAO is a decentralized autonomous organization (DAO) focused on increasing the cost of carbon emissions to disrupt the emission markets. By accelerating the price growth of carbon assets, KlimaDAO strives to motivate companies to reduce their emissions. KlimaDAO currently holds over 17 million tonnes of CO2 in its treasury, equivalent to 86,265 hectares of forest, 3,750,662 annual cars, and 512, 237, 524 liters of gasoline. There are over 65,000 KLIMA holders or "Klimates," 45,000 users in the KlimaDAO Discord, and 70,000 KlimaDAO Twitter followers. 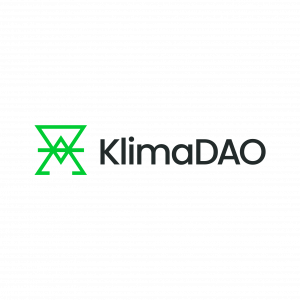 KlimaDAO Launches Fiat to Retirement Payment Platform for Carbon Offsetting on the Blockchain
KlimaDAO's Fiat to Retirement enables tokenized carbon offsetting via a credit card, unlocking climate-positive action for more users than ever before.
KlimaDAO - Nov 10, 2022