NORTHAMPTON, Mass., September 26, 2017 (Newswire.com) - The Northampton Film Festival will launch its second year of curated immersive content showcasing games, experiences and stories in VR, AR, 360, social media and participatory artmaking at the A.P.E  Gallery at 126 Main Street, Northampton, Massachusetts on Saturday, Sept. 30th, 2017, from 12-5 p.m. This event is free and open to the public on a first-come, first-serve basis.

With the help of five local artists, Exposing Next Realities will be reflected in LIVE art making throughout the day inside of Google’s Tiltbrush, a 3D tool for creating art inside of VR, by Robert Markey, Laurie Goddard, John Nordell, Gary Smith, and Lyn Sisler.

Their 3D art will be preserved for community viewing during and after the festival. The community can also try Tiltbrush and create their own art or participate in collective virtual and “in-real-life” murals, as well as a new sculpting tool called Masterpiece VR that allows multiple artists to create simultaneously inside the same virtual space. The Pioneer Valley Game Developers will again host locally-developed games and experiences.

Boston-based artist Alexander Golob and interactive media artists from the Public VR Lab (co-founded by Brookline Interactive Group and Northampton Community Television) are coordinating participatory art-making where community members can create their own 3D in VR and in social media-inspired murals composed of hundreds of individual snapchats, #theSnapGallery.

By adding art to their compositions to the snaps with markers, visitors will bridge image-making techniques and traditions with digital age content creation. This interactive project demonstrates how everyone can be an artist and/or an activist, especially when combining voices into something larger than a single person, like a community art installation.

To participate in #theSnapGallery project, send your Snap submission to Alexander Golob through his Instagram and Facebook pages (@AlexanderGolobArt) and through email (alexandergolobart@gmail.com).

Drop by Immersive @NFF from 12-5 p.m. at A.P.E Gallery on Saturday, Sept. 30th,  to play games with the Pioneer Valley Game group, experience virtual reality, and create art inside of Google's Tiltbrush VR and Masterpiece VR.

Zen Parade is a surreal journey through a 360° 3D animated world of living sculptures - A five-minute psychedelic abstract art experience that can be enjoyed anytime to relax and rejuvenate.

In Allumette, you’re an invisible witness to a moving tale of dreams, love, and tragedy, set within a city nestled in the clouds, where a young girl and her mother sell matches that resemble sparklers. Everything goes well at first, but a tragic event completely changes the story’s tone. However, despite the melancholy vibe, it’s still a heartwarming experience.

Pearl is another 360 interactive story that follows a little girl (named Pearl) and her father as they both pursue their dreams. While short, it’s a remarkably powerful and inspiring tale. You’ll watch as Pearl grows on the road with her musician dad, starting off as a bubbly little child. Soon, she transforms into a teenager with a mind of her own and a love of making music. Pearl is an Oscar-nominated story you have to experience in VR in order to witness its full potential.

ACROSS THE LINE is an immersive VR experience that combines 360 video and computer-generated imaging (CGI) to put viewers in the shoes of a patient entering a health center for a safe and legal abortion.

Masterpiece VR is the first art creation tool to feature collaborative functionality, allowing two users to sculpt at once. Four artists can paint and sculpt together simultaneously. That means that you and your friends — regardless of where they are in the world — can make 3D content together in real time. https://www.masterpiecevr.com

About the Public VR Lab

The Public VR Lab is building a local and national network for a Community VR movement that will facilitate public dialogue; provide professional training; empower community knowledge and creation of 360, virtual and augmented content; provide access to tools, headsets, arcades, toolkits, and professional expertise; and generate locally-focused, broadly impactful, Next Realities experiences in the public interest. 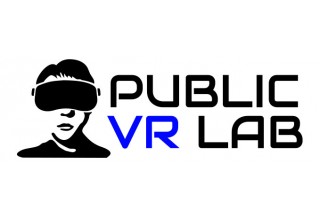 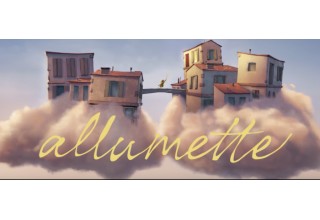 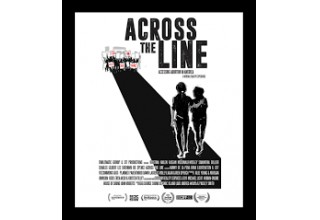 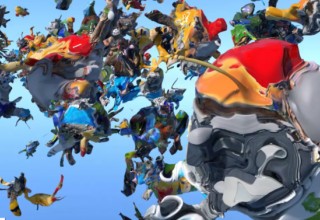