TAIPEI, Taiwan, July 25, 2022 (Newswire.com) - Avatars are an essential element in people's virtual lives in the metaverse. VIVERSE, the HTC metaverse platform, announced today that it has partnered with pixiv Inc., which operates pixiv, a leading Japan creator platform. The alliance will bring fresh Japanese anime-style avatars to VIVERSE by integrating pixiv's 3D character modeling software, VRoid Studio. This partnership will offer users more options to express themselves creatively and bring their imagination to life in the metaverse.

Operating by pixiv Inc., pixiv aims to "create a place where creation becomes more interesting." pixiv is one of Japan's most prominent social media platforms, offering a place for all kinds of creators to share their illustrations, manga, and novels and interact with each other. In response to the growing demands for virtual content, pixiv launched VRoid in 2018. With VRoid Studio, a 3D virtual character modeling software, users can customize their virtual characters' hairstyles, faces, bodies, clothes, etc. More than 10,000 avatars are created through VRoid every day worldwide.

"Avatars are an essential part of the metaverse. They represent a user's persona and swiftly convey the idea of 'who I am' to others," said Joseph Lin, President of VIVERSE. "The partnership with pixiv will rapidly increase the number of virtual characters on VIVERSE and meet the needs of users who prefer anime and manga styles. VIVERSE will continue to introduce more unique characters and accessories in the future; with a variety of virtual avatars from reality to imaginary, a metaverse like Star Trek will not be far behind."

"We believe integrating VRoid Avatar with the VIVERSE system would be excellent news for VRoid users," said Shingo Kunieda, President and CEO of pixiv. "90 percent of VRoid Studio users are from different countries outside Japan. We will continue working with VIVERSE to build a world where people from all over the world can enjoy communication through 3D Avatar."

pixiv co-founded the VRM Consortium with 13 Japanese companies. The organization aims to spread the platform-independent 3D avatar file format VRM and formulate a unified standard. HTC has also announced support for the VRM standard since the launch of VIVERSE. Currently, both VRM Consortium and HTC are principal members of the Metaverse Standards Forum, dedicated to achieving open metaverse interoperability.

The first task of the partnership between VIVERSE and pixiv will be connecting the data on their systems. VRoid users will be able to use their original Avatar models on the VIVERSE platform. As for the long-term mission, VIVERSE and pixiv will work together to provide users with more customized and flexible creation features and to optimize the avatar tools and accessories for VIVERSE. In addition to the existing Avatar functions, VIVERSE will also bring more services through partnerships to provide more customized services following the needs of corporations.

HTC Corporation aims to bring brilliance to life. As a global innovator in smart mobile devices and technology, HTC has produced award-winning products and industry firsts since its inception in 1997, including the critically acclaimed HTC U and Desire lines of smartphones. The pursuit of brilliance is at the heart of everything we do, inspiring best-in-class design and game-changing mobile and virtual reality experiences for consumers around the world. HTC is listed on the Taiwan Stock Exchange (TWSE: 2498). www.htc.com.

VRoid is a 3D project of pixiv Inc.; the project's concept is "to create a place where creative activities become more attractive." With VRoid Studio, the 3D character creation software, users can easily create anime-like 3D characters by customizing their hairstyle, face, body, clothes, etc., according to their preferences. Currently, more than 10,000 Avatars are produced worldwide daily. https://vroid.com/studio

pixiv Inc. develops and operates a platform for creators to "create a place where creation becomes more interesting." As the platform's core, "pixiv" is an SNS for creators, focusing on interaction through their works (illustrations, manga, and novels). Since pixiv's inception in September 2007, it has had over 81 million users worldwide with over 100 million artworks. In addition to pixiv, we have developed various services such as BOOTH, a comprehensive marketplace for C2C creations, and FANBOX, a fan community that supports creative activities.

Edison's Co is a powerhouse for creation and growth. We not only help our clients achieve their vision, but we also inspire and ignite possibilities that are impossible without an intricate partnership between a stellar client and an agency. 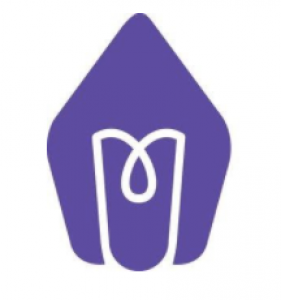