Unlike other dating apps, Hookd functions on a real-time request rather than on a profile basis, saves time and results in better matches.

LONDON, England, August 29, 2017 (Newswire.com) - ​​Hookd, the new gay dating app, has launched globally only six weeks ago and it is continuing its rapid growth. Hookd offers various new features to enhance safety, transparency, and security, but its most unique aspect is its reinvention of the approach to gay apps and online dating.

Most gay dating apps work by users connecting on a profile to profile basis; users create their profile and other users connect if this profile appeals to them. This concept, however, is not very dynamic, as what an individual wants is likely to vary depending on their mood, the time of day, and the day of the week. Hookd does away with this approach and instead operates on a real-time request basis.

Users broadcast to their local area in real-time exactly what it is they are looking for with something similar to a Facebook post or a tweet.

Users broadcast to their local area in real-time exactly what it is they are looking for with something similar to a Facebook post or a tweet. If another user's interests align, they reply with a private message. This approach saves time as users do not have to be online for hours scouring profiles, it also increases transparency and means dating interests are more likely to align. Whether you just want a gym buddy, cinema partner, looking for a serious date or not so serious one, connecting on a request rather than a profile basis is more up to date and thus more efficient. It also saves users the frustration of wasting time contacting irrelevant or inactive users: real time posts last for two weeks and display exactly when the post was initially made. (If you are inactive and didn't post, you are not going to be visible to other thus not approached).

"The concept of most online dating apps is inherently flawed but for some reason this concept has stuck," said Daniel Joseph, Hookd Founder. "That is exactly why we developed Hookd, which uses a more intuitive and effective model for people to connect."

Another innovative feature is the limiting of public photo uploads to the in-app camera. This improves safety and puts an end to the problem of photoshopped and outdated pictures and of 'catfishing' and impersonation.

The popularity of gay dating apps continues to surge; Grindr reported over 6 million active users in 2016; Scruff currently claims to have over 10M users, and Hornet has 15M downloads and 3M Active users. The concept of gay dating, however, has remained somewhat static. Users match on a profile to profile basis which is slow and often based on outdated information. The rise in gay dating apps resulted in a rise in frustration due to millions of unwanted messages, misaligned expectations, fake profiles, catfishing, wasted time, and also an alarming number of security issues with the LGBT community often being a target.

"Hookd offers a totally new, effective and efficient way for men to meet whilst still giving much importance to privacy and safety," added Daniel Joseph. "It creates an environment of transparency for the users which aligns to the new social norms of gay casual online dating."

Hookd was founded in 2016 by Daniel Joseph, formerly VP Product for Screenz Crossmedia (producers of real-time interactive apps for global TV broadcasters). Drawing on over 15 years of experience in the conceptualizing, business and product management of dozens of apps, digital services and products, he decided to create a dating app which works efficiently but does not compromise security and privacy. Hookd's Instagram account - @gothookd - has gained over 19,000 followers. 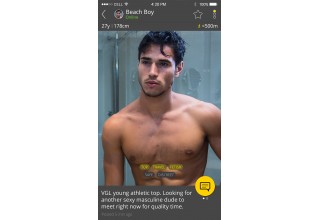