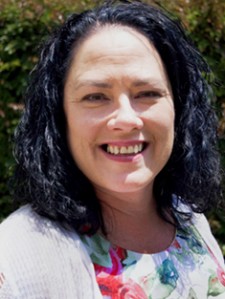 “I am incredibly humbled and honored to be appointed as the Executive Director of HomeAid Orange County - the organization that has fueled my passion to end homelessness for the past two decades. It is with deep gratitude as I now step into this role to work alongside my friend and mentor, Scott Larson, as he leads HomeAid America as their Chief Executive Officer," Gina Scott said. “I am committed to advancing the mission of HomeAid Orange County, and I will not rest until enough housing is developed so homelessness ceases to exist in our community.”

Gina Scott is a long-time staff member of HomeAid Orange County, having worked for the organization since February of 1997. Mrs. Scott began her time at HomeAid Orange County as an Executive Assistant, moving on to various roles during her tenure, each propelling her further up the leadership ladder. She has served as Special Events Manager, Director of Development, Director of Community Engagement, Chief Development Officer, and most recently, Interim Executive Director during former Executive Director Scott Larson’s Clare Rose sabbatical through the Fieldstone Leadership Network. Prior to her employment with HomeAid Orange County, Gina Scott worked in the construction and architecture sectors, providing her with knowledge of the building industry early in her career.

With nearly 23 years at HomeAid Orange County under her belt, Gina Scott brings widespread knowledge of HomeAid Orange County’s mission, values and history of ending homelessness over the past 30 years. Her leadership has resulted in raising over $25 million for the organization and engaging the community in the development of housing, service outreach and advocacy for those without a voice. Mrs. Scott’s professional relationships with leaders in both the building industry and the local community are invaluable assets.

“Gina Scott has dedicated the past 22 years to be a voice in our community for those experiencing homeless. It is truly an honor to see her at the helm as Executive Director," said Mark Kiner, HomeAid Orange County Board President. "The board of directors is excited to appoint her to this position, as she leads us forward to end homelessness in our community.”