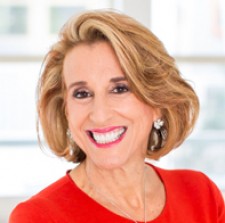 IRVINE, Calif., January 3, 2019 (Newswire.com) - HomeAid America, a building industry charity and one of the nation’s largest builders of housing for the homeless, announced today that Taylor Morrison Chairman and CEO Sheryl Palmer will lead its Board of Directors as Chair for the 2019-2020 term. Palmer succeeds outgoing Chairman Scott Stowell, former Executive Chairman of the Board for CalAtlantic Group and member of the Lennar Board of Directors.

“HomeAid is incredibly fortunate to have an industry leader like Sheryl Palmer serving as our Chair the next two years,” HomeAid America CEO Peter Simons said. “She is not only visionary, but also passionate in her advocacy of HomeAid’s work to help the homelessness. I am sure she will build on the great success we have had under Scott Stowell’s Chairmanship the past two years, and the sky will be the limit.”

Palmer has served as a member of HomeAid America’s National Board of Directors and Executive Committee since 2017. Under Palmer’s leadership, Taylor Morrison’s relationship with HomeAid America and its local chapters has deepened through numerous shelter-building collaborations, supply drives, in-kind donations and volunteer engagements.

As HomeAid enters into its 30th year of rebuilding lives for Americans experiencing homelessness through housing and community outreach, the organization celebrates the outstanding commitment of the home building industry in developing over 550 housing projects that have housed over 327,000 people. Through the HomeAid model, more that $230 million of housing has been developed with a cost savings of over $120 million.  Thanks to the generosity of the building industry, these construction savings have been reinvested into life-changing programs to move individuals and families back to self-sufficiency.

“I believe deeply in HomeAid’s mission to provide those most vulnerable in our communities a place to call home,” Palmer said. “But HomeAid America pairs its noble mission with tactical know-how and strategic vision -- a formidable combination that has a meaningful bearing on individual lives and communities. I applaud Scott Stowell for his exemplary service as Chair and am honored to step into this role just as HomeAid America celebrates 30 years of remarkable service.”

Sheryl Palmer is Chairman and CEO of Taylor Morrison Home Corporation, a leading national homebuilder and developer based in Scottsdale, Arizona. Since 2007, Palmer has overseen a highly experienced leadership team in key national homebuilding markets. With more than 30 years of cross-functional building industry experience, including leadership in land acquisition, sales and marketing, land development and operations management, Palmer has led Taylor Morrison into the top ranks of America’s largest public homebuilders.

HomeAid, founded in Southern California in 1989, is a nonprofit provider of housing and resources for the homeless that operates through a network of 19 chapters in 13 states. HomeAid has completed over 550 housing projects with a value of more than $230 million, of which nearly 50 percent was donated by the building industry. HomeAid has added over 10,500 beds that have housed over 327,000 previously homeless individuals. For more information about HomeAid, call 1-888-3HOMEAID or visit www.homeaid.org.