Heal the Earth's Rx for Cuba Tour Starts This Weekend

The Heal the Earth foundation is working with the Miami Blues Band to raise awareness and money for medication needed by the people of Cuba. Cuba currently has little to no access to medicine, including basic medicines like Advil and Motrin, and we are trying to improve this situation. Please join us in our effort at our free shows this summer! 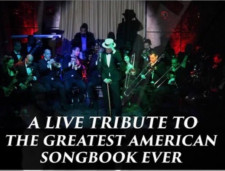 MIAMI, July 22, 2021 (Newswire.com) - The Heal the Earth foundation presents the "Rx for Cuba" tour this summer featuring the Miami Blues Band. The people of Cuba have little to no access to medicine and our mission is to raise money and awareness to improve this crisis. The tour starts this Friday night, the 23rd, at Alfaro's Nightclub and Lounge on Calle Ocho in Miami.

According to Reuters, "Cuba, which kept coronavirus infections low last year, now has the highest rate of contagion per capita in Latin America. The Caribbean nation of 11 million people reported nearly 4,000 confirmed cases per million residents over the last week, nine times more than the world average and more than any other country in the Americas for its size. The outbreak, fueled by the arrival of the more contagious Delta variant first identified in India, has pushed hospitals at the virus epicenter in the province of Matanzas to the brink. State media has shown rare images of patients in hospital beds in corridors and doctors complaining of a lack of oxygen, ventilators, and medicines."

In 2017, the Heal the Earth foundation was formed to stimulate, promote, and develop the interest of the general public in the arts. Specifically by bringing the arts to areas and population centers that are not adequately served. It also fundraised platforms for up-and-coming artists to showcase their talents, helped fundraise awareness about healthcare, the environment, the arts, and served the homeless. Now, we continue with fundraising efforts to improve the healthcare status in Cuba.

Kristen Carranza, Associate Director and Spokesman for Heal the Earth said today, "This whole concept and idea came to life a couple of months ago when one of the band members had to personally buy simple OTC medicine and travel in-person to Cuba for his ailing mother. That was his only option since UPS, FedEx, and USPS do not deliver to Cuba and the medicine was unavailable in the country. So we made it our mission to raise money, buy the supplies in bulk, and hand-deliver it to those in need in Cuba."

The Miami Blues Band is a big, local band that caters to the sounds of classical blues music. The band is as eclectic as its own namesake, hometown city. The nostalgic performances captivate audiences and transports them back to the great sounds of the bands of the 1950s, like the Glen Miller Band. The Miami Blues Band is the largest band in Southern Florida. You don't want to miss seeing them live!

The Rx for Cuba tour dates are as follows: July 23 at Alfaro's Nightclub and Lounge in Miami, July 24 at Titanic Brewery in Coral Gables, Aug. 5 at Bay 13 Brewery in Coral Gables, Aug. 6 at Shipwreckers Bar in Fort Lauderdale, and Aug. 20 at Kelly Brother's Irish Pub in Fort Lauderdale. For further information, Please visit www.healtheearth.us and follow us on Instagram @healtheearthfoundation.

Source: Heal The Earth Foundation for the Arts

About Heal the Earth Through the Arts Foundation

A non for profit charity organization that raises money for special causes that are current. 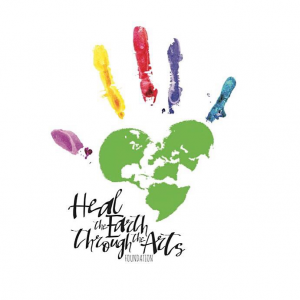