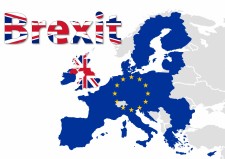 SHANGHAI, October 31, 2017 (Newswire.com) - The probability of a messy Brexit has increased but is not enough to prevent the Bank of England from hiking rates for the first time in 10 years. According to a survey by Shanghai, China- based wealth management firm, Harvey Blackwood, economists believe that a rate increase would be a grave mistake.

According to economists, there is now a 30 percent chance that the UK will exit the EU without any trade deal when negotiations spanning two-years reach their conclusion in March of 2019. This figure is up 5 percent from a survey of economists conducted by Harvey Blackwood in September.

Economists at Harvey Blackwood believe that it is in the interests of all parties to come to an agreement regarding the terms of Brexit by 2019.

Theresa May, Britain’s Prime Minister, gained some traction last week when EU officials indicated that they were ready to push forward with discussion in the coming months.

According to the vast majority of economists surveyed by Harvey Blackwood, the most probable result of the Brexit negotiations is still a free trade agreement with a possible transitional deal.

If this is not the case, economists believe the second option is that Britain will likely depart without a deal and will revert back to trading under the basic rules of the World Trade Organization.

The third option would be that Britain would pay a fee to continue to enjoy unrestricted access to the European Union’s single market but would have no right to contribute to its structural policies.

The most unlikely option was that the UK would change its choice to depart from the European Union.