GrowFlow Showcases How the New Cannabis Language is Rooted in Regulations

GrowFlow inventory tracking has a front row seat to the evolving language within the cannabis industry. 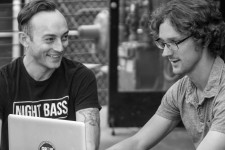 SEATTLE, April 25, 2019 (Newswire.com) - ​​​​The cannabis industry has deep traditions carried out through a predominantly oral history. But as black markets turn into medical programs, and then advance towards highly regulated recreational programs in each state, the language evolves quickly. Software companies like GrowFlow see first hand how some of the regulatory verbiage can change the culture of cannabis. The accountability of businesses within the space to adapt and learn the language of compliance can be daunting. But the linguistic evolution is, in some ways, a study in and of itself.

Rather than referring to the plant as the previously stigmatized, “marijuana,” the term “cannabis” has popularly replaced, almost entirely, the word. As medical programs formed, “smokers” or “users” were diagnosed for the ailments that led them to the plant in the first place. The terminology became “patients” or “customers.” And the person that sold to end-users became referred to as a “budtenders” and, in some regions, a “cannabis consultant.”

Passing information verbally, from best growing practices and pest management techniques, is something that growers have passed down, and the trust was a bond associated with risk. In established grow centers, such as California, this information may have been passed down through generations or through apprenticeships. With titles like, “Master Grower,” the leadership within a cannabis operation historically had a strict hierarchy and aimed to guard information regarding practices and genetic lineage. Masterful storytelling around practices, such as the cross-breeding and naming of strains, is in some cases scientific and in some ways an art form. With strain names like Sherbert, Blue Dream and Granddaddy Purple it can appear to the untrained eye disorganized or random. But to the cannabis enthusiast and consumer, sometimes even referred to as “strain hunters,” it is quite serious. The sensitivity of the consumers surrounding the naming of strains alone is something that the new wave of cannabis business owners learn about quickly. It is absolutely essential for new businesses in the cannabis space to listen and employ people that speak the cannabis language, which can be difficult, as regulation also changes this language frequently and regionally.

The blending of old world cannabis terminology and new world cannabis business systems is ever-present in the technology space. What was once referred to as a pound on the street, 448 grams, is now calculated scientifically (often with a rounded up decimal count) to 454 grams for wholesale transactions. The logic of using 448 grams for a street pound is that the whole number breaks up mathematically into a clean count of ounces (28 g), quarters (7 g) and eighths (3.5 g).

“The language has been more and more standardized, as states develop their regulatory framework. You still see different license types, names and rules in each state. In California, finished goods are referred to as packages, whereas in Washington, they are referred to as inventory or finished goods, for example,” says Tom Wilson. Wilson is the CTO for GrowFlow Corp.

GrowFlow is a rising star in the cannabis tech space. GrowFlow is an inventory management software that is available for all license types. GrowFlow has seen many changes in the regulatory language in its three years leading the industry's finest. GrowFlow services half of Washington state licensees and is the most referred platform among industry professionals in California and Oklahoma, due to its ease of use and accuracy.

The industry has come a long way in shaping its best practices, and much of this is due to the state's ability to shape compliance for the young industry. With regulation, the terminology used within cannabis operations in the industry continues to morph. 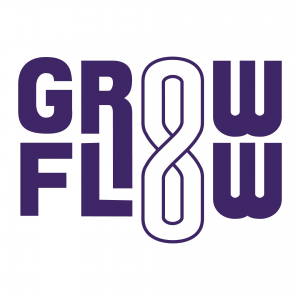 What Will [Any State's] New Cannabis Program Look Like? GrowFlow Weighs In
GrowFlow is a Seed-to-Sale Cannabis Inventory Tracking Software Available for All License Types
GrowFlow - Oct 16, 2019

Why 4/20 Keeps Breaking Software and How GrowFlow Plans to Fix It
GrowFlow has a plan to prevent store closure on the busiest days for cannabis retailers
GrowFlow - Apr 16, 2019