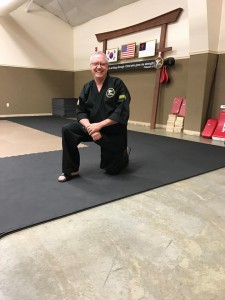 SPRINGFIELD, Mo., August 19, 2019 (Newswire.com) - When Mike Scott started Antioch Martial Arts four years ago at a local Methodist church in Springfield, Missouri, he knew that the traditional flooring at the church wasn’t ideal for the taekwondo he intended to teach. So he began researching martial arts mats online and found Greatmats.com had the best pricing for the style of taekwondo mats he had in mind, and he began building his inventory of matting.

Around the same time he started the school, he and a colleague, Vince Pentecost, hosted the first ever Battle in the Midwest tournament under their West Side Bad Boy Promotions banner.

Looking to blend into the wall colors at the church, Master Scott - a fifth-degree black belt and 38-year veteran of taekwondo - opted for a Green and Brown mat color scheme with black borders and used his school’s mats for some of his rings at the 2016 Battle in the Midwest Tournament.

Each of the next three years he ordered more of the same 20mm Taekwondo Puzzle Mats in colors that included Green, Brown, Black, Gray, Red and Blue with plans to both equip his school, which moved to a store front location across the street after three years, with mats and eliminate the need for borrowing mats for his annual open karate tournament.

He uses the different color options to differentiate the starting blocks in the tournament rings and says the mats have been performing and wearing well over the years for both uses.

In the first three years, The Battle in the Midwest drew between 110 and 125 competitors per year. In 2019, Master Scott expects up to 200 competitors to join him at the Branson Sports Club in Branson, Missouri for the 4th annual Tournament on Oct. 5.

Part of the reason for the growth he attributes to the improvement in judging, scorekeeping and timekeeping after becoming sanctioned and certified by Professional Martial Arts Conference (PRO-MAC) before the 2018 tournament.

Master Scott now has 38 students at Antioch Martial Arts and with this year’s purchase of Red and Black Greatmats Taekwondo Mats - which match the West Side Bad Boys’ color - he has plenty of mats to equip the entire tournament with non-borrowed ring matting. 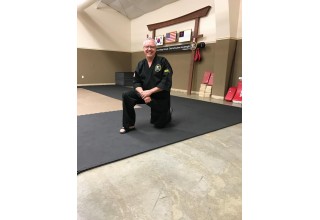 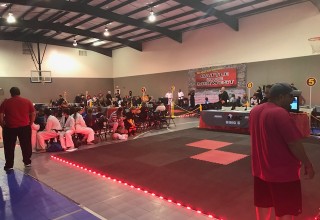