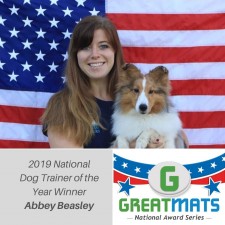 MILLTOWN, Wis., December 13, 2019 (Newswire.com) - When it comes to paying it forward, Greatmats' Fifth Annual National Award Series has shed light on more than 180 individuals across the country in numerous industries who do it well. This year, the Series has awarded eight of the best for their positive impact and service to their communities with national awards.

Each of these award winners were nominated by members of their communities and underwent an online vote in the second half of November, which generated nearly 400,000 total votes. The top two vote-getters in each category were named finalists, and Greatmats chose the winners from those finalists based on numerous factors, including demonstration of quality, integrity and positive community impact.

Learn more about the National Award Series and its current and past winners at https://www.greatmats.com/greatmats-national-instructor-of-the-year-awards-series.php

Greatmats is a national specialty flooring retailer based in Milltown, Wisconsin, since 1999. Identified as one of the top 3,000 fastest-growing companies in the USA three times since 2008, Greatmats gives back to its local community by donating 5% of its annual profits to local non-profit organizations. It also supports green initiatives through the use of solar energy at its Wisconsin headquarters and by offering a large variety of products made from recycled and renewable resources.