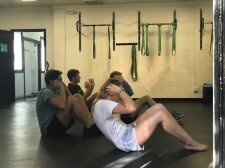 After studying kinesiology and physiology of exercise in college, Duncan has gone on to develop three different teams and programs, which have produced the likes of Olympic gold and silver (2) medalist Whitney Hedgepath and fellow Olympian Rada Owen - whose techniques have been used internationally as a standard for top-level competitors.

Duncan’s swimmers have competed at the 1988, 1996 and 2000 Olympics. And two of his athletes are looking to compete in upcoming Olympic swimming competitions.

Clark Beach, a sophomore at the University of Florida was a 2016 Olympic Team Trials qualifier and Speedo Junior National Champion. And he recently placed sixth in the 2019 NCAA Championships in the 200 backstroke, recording a preliminary time of 1:39.37.

“Our dry land program is tangent to the swimming program,” Duncan said. “We believe that a better athlete makes a better swimmer.”

That’s why in 2018 he decided to upgrade the gym at his 6 lane, 25-yard pool facility - SwimQuest Aquatic Center in Midlothian, Virginia - with ⅜ Inch thick Geneva Rubber Tiles from Greatmats. With approximately 250 team members and 20-40 masters training at his facility, he found that the Greatmats rubber gym flooring offered him the best combination of cost savings and durability.

The interlocking tile design also enabled him to save money on installation in what he described as a “not perfect” room. The volunteers and parents who installed the flooring for him were able to customize the floor to fit around a counter and storage room without a hitch.

“I really wanted something that could be done without a lot of extra fees to put it down,” Dudley said. “The volunteers and parents installed it perfectly.”

Not only does the space accommodate exercise and movement for kids of all levels (primarily ages 5-18), but the all-purpose room is also home to athlete and parent meetings and presentations.

“That material has held up really well while we’ve put tables and chairs in there. We’ve dropped weights on it and had people jumping up and down and running through it. It’s been really good for us all together.” 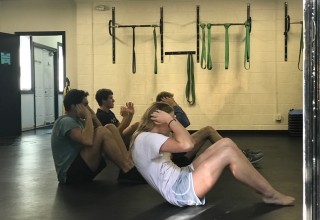 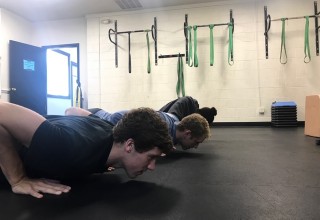 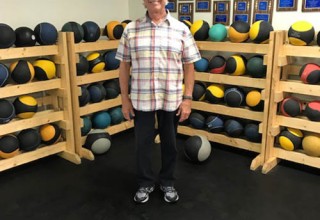