The focus of the Gravis Marketing poll then shifted to asking registered voters, "If you had to vote today in a match-up between Hillary Clinton and Donald Trump, who would you vote for?" The Virginians polled answered by supporting Hillary Clinton (45 percent) to Donald Trump's (41 percent). 14 percent of those polled are currently unsure as to which of the two presumptive candidates for President of the United States they'd select come November 2016. 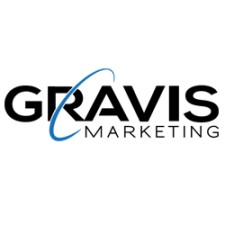 Gravis Marketing, a nonpartisan research firm, conducted a random survey of 1,728 registered Virginia voters regarding the presidential race, the race for governor, gay conversion therapy, and other issues.

When asked if they would vote for Clinton or Trump if the presidential election were held today, 45 percent of respondents selected Clinton and 41 percent chose Trump. Fourteen percent responded "other." When asked who they would vote for between Clinton, Trump and former Gov. Gary Johnson, 44 percent selected Clinton, 38 percent picked Trump, 12 percent responded "other," and six percent chose Johnson.

"The Virginia poll is good news for Mrs. Clinton," President of Gravis Marketing Doug Kaplan stated. "Similar to the Florida poll, she has a lead in a must-win state for Trump. The Democratic party has not coalesced around Clinton since she has not yet won the nomination and President Obama has not endorsed her. Once those two things happen, her numbers should improve among younger voters and liberal-leaning independents."

Respondents also were asked how they would vote if the Virginia gubernatorial election were held today. Forty percent chose Gillespie, 38 percent selected Northam, and 22 percent responded "other."

The poll was conducted May 24 using automated telephone calls. It has a ± 2 percent margin of error at a 95 percent confidence level. The total responses may not equal 100 percent because of rounding.

Gravis Marketing is one of the leading political consulting and polling firms in the USA. Gravis clients include political campaigns, public affairs organizations, consultants, and nonprofit organizations across the globe.