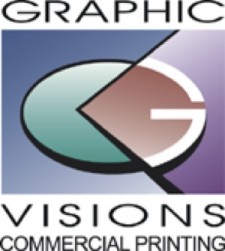 Known for their elegant printing of special event programs, magazines, annual reports and large, complex print projects, Graphic Visions has also printed the Academy Awards winners books for many years and has an outstanding client base in both Hollywood and all of Southern California. The winning project was a 36-page book chronicling the legendary Pantages Theatre to commemorate 85 years in Hollywood.

"This was a fantastic project and we were delighted to be chosen to help the Pantages Theatre celebrate its rich heritage in Hollywood and the entertainment industry."

According to Graphic Visions co-owner Randy Avazian, “We are so excited to be recognized by our peers in the printing industry as a testament to the amazing work that our 30 plus employees produce on a daily basis.” Co-owner Irving Adlen added, “This was a fantastic project and we were delighted to be chosen to help the Pantages celebrate its rich heritage in Hollywood and the entertainment industry.”

Graphic Visions was founded in 1993 and has served the Southern California business community from their facility in Burbank. Located in a 20,000 square foot, hi-tech and state of the art facility, Graphic Visions features fully integrated prepress and press departments, is G-7 Master Certified, a certified member of the FSC Alliance and is a member of the Sustainable Print Partnership.

Graphic Visions is on the internet at www.graphicvisionsla.com or can be reached by calling 818-845-8393.