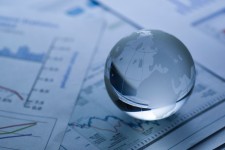 Founded on the principal that a void existed for start-ups and Angels, both in connections and oversight, Grace Century sought to bring these two groups together. Even in today’s world of online crowd-funding platforms, the company has found that the quality of information available to the Angels, as well as in-depth vetting of projects, has never been more lacking. This is even more evident post-investment, with such platforms bringing quantity but without being able to provide the “third dimension” of research and oversight when connecting to investors. The key to Grace Century’s model, which it prides itself on, is a constant flow of information regarding the progress of projects that the Angels are involved with.

We believe that over $100M of value has been created this year alone, and Grace Century is confident that Quantum is a prime acquisition candidate.

Grace Century has only been involved with two projects since the firm’s inception, despite having had hundreds of projects submitted. No others have been accepted for presentation to the group other than the two original projects.

Commenting on project selectivity, Scott Wolf, CEO of Grace Century said, “In contrast to many firms that deal in this sector, we have chosen only two projects. Our Members actively want to look at additional companies — and we want to find them — however, the shortfall comes in true innovation. We refuse to accept what we call a “me too” project. These are companies that in all probability could be successful, but do not solve an existing problem or unmet need. We want to find those “Black Swans”. Once we find them, we won’t leave their side."

From the beginning, Grace has been working with the “Cloud-Based” health IT firm, The Quantum Group. Electronic Medical Records (EMR) has been mandated in the United States but is regarded as a topic of global importance within the healthcare sector. Wolf comments, “Billions of Dollars have been invested into this sector for years, and we really don’t see much advancement. We attribute this to the fact that other firms are not attacking the main mandate, which is to improve healthcare while simultaneously reducing cost.” Wolf adds “Regardless, this industry is red hot and expected to rapidly grow in value.”

“From inception, Quantum was designed exactly to meet the main mandate, supported by its impressive portfolio of patents. To date, the firm has achieved 13 Patents in the U.S. with another 16 pending. In addition, this year the firm has monetized these patents with 3 rollout companies involved with price discovery and sourcing within healthcare, as well as capitalizing on IOT (Internet of things),” Wolf added.

“We believe that over $100M of value has been created this year alone, and Grace Century is confident that Quantum is a prime acquisition candidate.”

Grace Century’s second project is the Stem Cell / Bio banking and regenerative medicine company Provia labs, with Grace Century firmly believing that this segment within healthcare is set to revolutionize the industry in the future. True to Grace Century’s model of targeting brand-new industries or what the firm perceives as game-changing technologies well before accepted or even known by the general public, Stem Cells are being heavily researched by virtually every major bio-medical firm and University in the world. Provia is planning on expanding beyond the development of technology enabling the banking of cells, into fields such as tissue and adipose. The firm has seen record growth for 5 years straight, while growing from 5 to 22 employees.

Scott Wolf concludes, “We are nothing without our fellow Angels. Their constant support and encouragement is probably the most rewarding aspect of what we have experienced over the last 7 years. We look forward to successful exits, while hopefully making the world a healthier and better place.”