With New York City Mayor Eric Adams accepting his first 3 paychecks in cryptocurrency he has clearly recognized that this is the wave of the future if New York is to remain the financial capital of the world, in keeping with that, Gotham Ventures has partnered with Oz Sultan and Kyra Schaefer to launch NYBCA 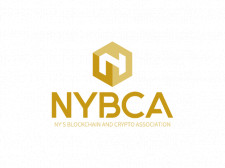 NEW YORK, February 23, 2022 (Newswire.com) - The New York Blockchain and Crypto Association ("NYBCA") is a non-profit trade organization focused on the education and promotion of blockchain-inspired technologies and crypto to key decision-makers and the general public. Through the tech community, it has held, and plans to hold, numerous events bringing the best in the industry to educate and direct the general public on the advantages of this revolutionary technology.

NYBCA was formed in order to provide a single voice for reputable leaders within the blockchain and cryptocurrency industry operating within the greater New York area intent on capturing the synergies of operating in one of the world's greatest media and financial marketplaces.

Blockchain networks and cryptocurrencies are proving to have transformative applications in all manner of use cases never originally envisioned. NYBCA intends to represent the prime movers that are advancing these disruptive technologies in ways that bring value to the marketplace. To accomplish this, NYBCA will:

NYBCA's goal is to improve the public policy environment in all levels of New York government including, but not limited to, Albany and NYC so that blockchain networks can thrive in New York State. NYBCA will guide regulators and lawmakers to strike the right balance between consumer protection and security concerns while setting the stage for stability, growth, and wider implementation. NYBCA's membership is dedicated to fostering a dialogue between industry and government to share knowledge, identify opportunities, and create an ecosystem that's transparent, secure, and respects society's desire for greater equity and greater community.