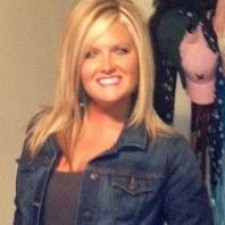 Highlands Ranch, CO, February 27, 2017 (Newswire.com) - Climbing the corporate ladder wasn’t the goal of Tiffany Bedsworth when she first decided to get serious about losing weight, but it was definitely a rewarding consequence. For every pound lost, a little more confidence was gained, leading to three career advancements, increased income, and recognition as a leader at the internet marketing firm where she works.

Bedsworth has shed more than 60 pounds with the help of Gretchen Knust, a personal trainer at the Fitness Together in Lees Summit, Mo. Even after moving to Indianapolis for her job, Bedsworth says Knust’s advice and friendship has been so instrumental in her personal success, she is willing to commute 500 miles to keep that relationship intact.

“I won’t lie, it’s been a challenge,” Bedsworth says. “I travel every single week and work 11-hour days most of time, but I try to watch what I am eating and I visit FT on the weekends I am in town. Just knowing that I have to see Gretchen makes me want to stay in shape and active because I don’t want to let her down.”

Bedsworth wasn’t always so dedicated to exercising. She felt intimidated at traditional gyms.

“The only machine I ever knew how to work was a treadmill and even then, there were always a bunch of supermodels running on the one right next to mine. Between their abs of steel and 7 MPH sprint, my two-mile stroll was embarrassing,” she says.

She struggled with her weight for years, trying everything from Jenny Craig and Weight Watchers to Metabolic Research and diet pills, but couldn’t find the right long-term solution.

“I hated the way I looked in my clothes, didn’t want to take pictures or look in the mirror, and barely would leave my house, except to go to work or to get something to eat,” Bedsworth says. “I wanted to go back to the basics of dieting and exercise – something I had never really tried. I made a decision to stop lying to myself, and for the first time, stop trying to do it alone.”

In January 2014, Bedsworth spoke with Knust at FT.

“I went in and met with her and had more hope in that first meeting than I had in years,” Bedsworth says. “I felt like she really cared and she inspired me to commit to the process.”

The two women immediately clicked.  They met three times a week for one-on-one sessions and Bedsworth started following some diet plans that Knust laid out for her.

“Tiffany was so insecure at first,” says Knust. “I think the private setting was really good for her and made her feel more comfortable.”

Bedsworth started to see changes in her body along with increased energy. She even looked forward to the new and fun workouts Knust would plan, and she began walking two to three miles on the days she didn’t train at FT.

By May 2014, Bedsworth had lost 52 pounds and could run four miles without stopping. She dropped eight pant sizes and wore a two-piece swimsuit for the first time.

Despite her positive progress, Bedsworth hit a bump in the road when she was promoted and had to work one hour away from the Lakewood studio. She tried commuting so she could stay with FT, but it became too difficult and she stopped seeing Knust. She started to backtrack on all the progress she had made. She tried working out at other gyms close by, but it wasn’t the same. A year later, she called Knust back.

“Tiffany and I have really become friends, and it’s that connection with a client that really works at FT,” Knust said. “I felt if Tiffany was willing to make the commute, I was going to give her my all, and we started seeing results again.”

When another promotion meant moving to Indiana a few months later, Bedsworth had learned her lesson. She didn’t want to give up on her workouts with Knust.

“She’s amazing,” adds Knust. “She’s so competitive. You can see it in her work and workouts and that’s what makes Tiffany so successful. We now keep in regular contact by email or in texts, and I try to give her tasks so that she can keep accomplishing things … not too much, because her plate is really full and I don’t want to overload her.”

What sets Fitness Together apart from other fitness studios is its commitment to work with its clients in a private one-on-one setting, offering personalized fitness and nutrition programs. For people like Bedsworth, it’s been life-altering in many ways.

“Personal training can sound intimidating, unnecessary and expensive. It did to me anyway,” Bedsworth says. “Nothing is more important than your health and happiness. Don’t lie to yourself. There is no pill or diet that will fix your issue. You have to quit lying to yourself and ask for help! It is life changing, a necessity and worth every single penny. Go for a month! What do you have to lose?”

Well, at least in Bedsworth’s case, more than 60 pounds.

Whether you are looking to lose weight, tone and tighten muscles, or simply achieve better health, the FT philosophy is simple: Fitness Together® pairs you with a personal trainer in a private setting and a workout plan tailored just for you.

Fitness Together Has New Meaning for This Cancer Survivor
Diagnosed three years ago with an aggressive form of breast cancer, Lindsey Anderson, of Charlotte, tells the story of how she fought back with exercise and a healthy diet.
Fitness Together - Oct 11, 2016

Preparing for the Summer Games - How to Get the Most Out of Your Favorite Summer Sports
Summer fun can come with a lot of risk for injury and soreness if individuals fail to train and warm up for it. Looking at some of America's favorite outdoor activities, fitness experts offer exercise and nutritional recommendations to get the most out of the summer games.
Fitness Together - Jul 6, 2016
Newswire