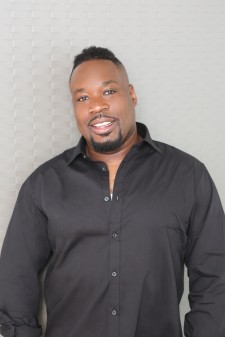 "Intuitively melding the stellar sonics of today's cutting-edge Hip-Hop Soul-Pop with the straight-to-the-heart simplicity of vintage love songs from the golden radio eras of R&B, doo-wop, and rock 'n' roll, Barachi has hit upon a smooth modern sound to seduce lovers the world over," said Guion. His debut project, "Therapy" — bowing as a five (5) song EP and Visual Album — takes its name from how Barachi vows to make his fans feel whenever they hear his music.

"My songs and my sound are feel-good music that helps someone feel better and grow stronger," explains the Brooklyn-born and Miami-raised singer-songwriter-producer. "When you're not feeling right in your heart or mind, you go to a therapist to help you feel better. That's why I call my visual album 'Therapy.' My music can be a vehicle for people to feel better, be positive, love each other and live well. My music has no color line. Any age, nationality or group of people are free to fall in love to my special feel for the old school and new school of music combined."

At the core of Barachi's "Therapy" are love songs that Guion describes as "intoxicating" — like the heartfelt "U Got Me," the dreamy, piano-punctuated "Tell Me," the sunny sing-along "Yours," and the deep-space Sonata "Me & U," which best sums up the love-as-medicine healing mission of the project as a whole:

"No, don't be afraid

I'll shelter you from the rain

Yeah, sometimes you a pain

You so crazy but I'll keep you sane

Girl, we got something special

Barachi co-composed and co-produced every song on Therapy with High Volume (Gucci Mane, Jason Derulo, Rick Ross) and newcomer Exly. The sound was mixed by five-time Grammy winner Fabian Marasciullo, whose string of credits since 1999 reads like who's who of pop, R&B, and hip-hop — which, Guion says, makes Fabian "the ideal aural artist to sculpt Barachi's songs into mini-masterpieces." Barachi's debut will also shimmer visually thanks to Dame Pierre, who is directing the nine stunning videos for his Visual Album plus the accompanying film.

About Lindsay Guion and GMUSIC

Talent representative, personal manager, and global advisor Lindsay Guion is dedicated to working with emerging and Grammy Award-winning artists, songwriters, and producers. More recently, Guion has leveraged his years of experience in the music, film, and entertainment industries to create his own talent representation firm, GMUSIC.

Based in New York City, GMUSIC provides comprehensive talent management services that include recording, publicity, promotions, publishing, merchandising, tour support, booking, and marketing. What separates the company and its artists from others are its inside-out approach. Guion states, "We put the artist in the center of the turntable then maneuver all of the key industry movers around them."

Reflecting upon his two decades in the business, Guion decided to explore a unique path to gaining knowledge of current music industry trends and technology while at Harvard: "I remembered seeing a plaque at Harvard about finding a purpose, which triggered a desire to create a legacy that my kids could look back on with pride in their dad."

After studying pre-law at Harvard University in Cambridge, Massachusetts, Guion began his career at IBM while still cultivating his interest in entertainment, sports, and media law. As a young executive producer at A&M Records, Guion founded the R&B singing sensation BBOTI, a group of five gentlemen who performed a song in the 1993 movie "Posse."

Currently, Guion is in the process of developing several media projects based on the life of blues singer Bessie Smith (including the Emmy-nominated HBO teleplay with Queen Latifah and a forthcoming film penned by the late screenwriter James L. White of the Oscar-winning film "Ray." He is an active member of the Black Entertainment and Sports Lawyers Association and is also the author of the recently published Harvard case study "Work Environment." As CEO of the leading management firm, Guion's mission is to represent music and technology's most ambitious minds.

For more information on GMUSIC, CAA, Barachi, and the industry's most ambitious minds they represent, you can visit the GMUSIC related website(s): GMUSIC.biz, CAA.com, and Barachi.com. 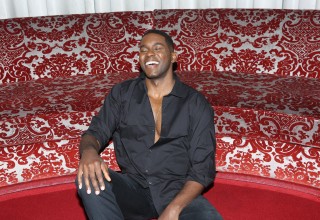 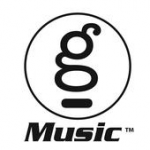