Global Market for Sputtering Targets and Sputtered Film to Reach $4.2 Billion by 2023

Expansion Attributed to Increased Interest from the Textile, Life Science and Sensors Industries 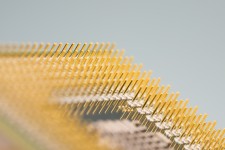 WELLESLEY, Mass., February 19, 2019 (Newswire.com) - Due to an expansion of industry segments such as renewable energy, energy storing, optoelectronics, transportation and construction, the global market for sputtering targets and sputtered film is expected to surpass $4 billion in the next five years.

In 2018, the global market for sputtering targets and sputtered film was worth $3.2 billion. A new report by BCC Research, “Sputtering Targets and Sputtered Films: Technology and Markets,” estimates that the market will reach a value of $4.2 billion by 2023, indicating a compound annual growth rate (CAGR) of 5.1%.

Other Drivers of Sputtering Target and Sputtered Film Market

There have been several factors that have pushed the sputtering target and sputtered film market to where it is today. For example, generally favorable economic conditions, new opportunities in fields such as artificial intelligence, solid-state batteries, and transparent displays, high levels of related R&D activities, and increasing market penetration of sputtering processes in developing countries have all played a role in getting the overall industry off the ground.

Printing Our Food in a Pandemic?
Chocolate and Sweets Lead the Market
BCC Research - Jul 2, 2020