TORONTO, July 16, 2021 (Newswire.com) - The Toronto Raptors' Fred VanVleet, who has made a career of always betting on himself, has announced he will be joining UTU.ONE as a key influencer in preparation for the official 2021 UTU.ONE launch. The move also opens the door to the massive global sports and collectable market.

Equipped with an indomitable spirit and self-belief, Fred signed with the Toronto Raptors, spending time with the Raptors 905 to hone his game and was a key member of the Raptors 905 championship team, leading in to Fred starring for the Toronto Raptors and their 2019 NBA Championship team where Fred was one of the most clutch and important players.

Fred's spirit and self-belief has led to his globally known motto "Bet on Yourself". It led to him signing a lucrative extension with the Toronto Raptors, and it makes him a great addition to the UTU.ONE social network. The App allows sports and basketball enthusiasts to connect directly with players through their own DAC (Decentralized Autonomous Community) made exclusively available on the UTU.ONE social app where fans can earn and collect token rewards that can then be used for additional one-on-one exclusive engagements or be used to purchase collectable items authenticated by VanVleet.

UTU.ONE is the only platform that combines the token economy and NFTs with the power of social media and is the next generation social media platform for real people offering unique features such as: facial recognition sign-up and NFT rewards designed to benefit UTU members for interacting with the platform and other members.

The UTU.ONE App is currently in an open beta test and can be downloaded from both Apple and Google stores.

About UTU Technology Inc. - The company was originated in both Australia and Canada with a group of experts in Blockchain, Artificial Intelligence, IoT, with business executives from IBM, Alibaba, Apple, and Deakin University's Blockchain Innovation Lab. The company developed the world's first DAC app for iOS and Android on EOSIO, in addition to many other blockchain business solutions and decentralized applications. In 2020, UTU technology Inc. made the strategic decision to establish its HQ in Toronto, Canada to further the company's business expansions worldwide.

Information on the company can be found at: www.utu.one

Redefine Social on UTU.ONE — the only platform that combines the token economy and NFTs with the power of social media. 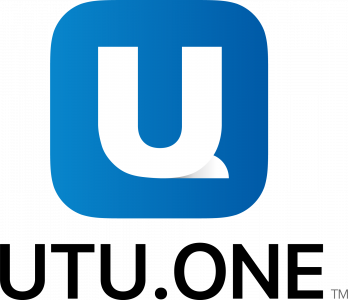