Fouad Makhzoumi: 'We Must Lead by Example Against Corruption in Lebanon's Parliament' 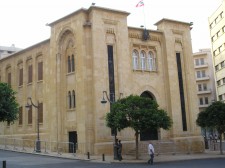 BEIRUT, October 24, 2018 (Newswire.com) - Amid the economic uncertainty of Lebanon, a movement is starting in the newly elected Parliament with proposed changes to the pay structure of MPs and ministers, current and former ones.

Lebanon's Parliament is comprised of 128 MPs, with each member earning an annual salary of $8,500, resulting in an annual expenditure of $13,056,000, increasing with each new MP elected.

I am in the parliament to serve my country, not to be a life-long burden to its citizens and economy. We are serving to build a future, not to halt one.

Under the current law, former MPs continue to receive their salary for life, including all the benefits they had received while serving the country.

One Lebanese MP is proposing to completely halt the compensation of former MPs after one year, with reduced salary during the aforementioned period down to 75 percent.

Another MP proposed to decrease the benefits of former MPs, including their salaries and other allocations like telephone bills, transportation (cars and drivers), and to cut in half current MPs salary of $8,500.

The newly elected MP Fouad Makhzoumi has been leading by example without necessarily submitting a bill of amendment of his own.

Makhzoumi — businessman and politician, founder of National Dialogue Party — had pledged to donate his salary as current MP to local NGOs. He has also given up his after-service benefits as a statement of support to the economy of his country, and its sustainability.

"I am in the parliament to serve my country, not to be a life-long burden to its citizens and economy. We are serving to build a future, not to halt one", Makhzoumi said in a correspondence.

In a statement issued last week, Makhzoumi confirmed donating his first two salaries to the Islamic Elderly House in Beirut (Makassed Association). He plans to donate all his future salaries, in the hope to inspire other MPs to take the same steps toward empowering their rigid country.

According to the Borgen Project, "More than 25 percent of Lebanese citizens live in poverty. That number sinks as low as 16 percent in urban areas like the capital city of Beirut, and climbs to 36 percent in some rural areas and a person living below the poverty threshold in Lebanon earns less than $266 per month. Social safety programs are rare and inconsistent in Lebanon. Many families are forced to go hundreds or thousands of dollars into debt to cover unexpected expenses like medical bills." 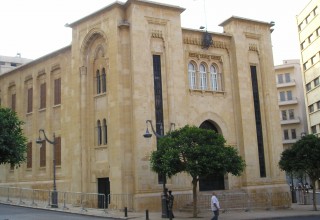 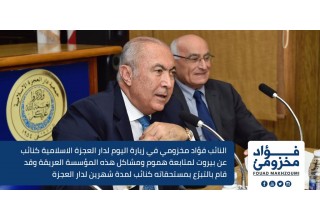