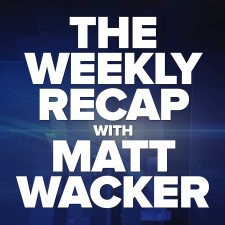 Rolla, Missouri, June 28, 2017 (Newswire.com) - Fidelity Broadcasting is proud to announce that its flagship television news program, The Weekly Recap with Matt Wacker, has won a pair of People’s Telly Awards this year, as decided by an online community of voters. This marks the second year in a row that the Fidelity 6 program has been awarded.

The Recap won in two different categories this year: TV Programs and Promotional Pieces. Video Production Manager Matt Wacker produces, hosts and edits the show, which airs on Fidelity 6 in the Ozark region every Friday at 6:30 pm. He had this to say:

“I’m proud of this accomplishment and certainly glad that the hard work of all those who contribute to it has been recognized. The Recap grew a lot in the past year, and more growth can be expected. I encourage everyone to check it out.”

The Weekly Recap covers the people and events that make living in mid-Missouri a unique experience, with stories from Rolla, Lebanon, Fort Leonard Wood, West Plains, Salem, Owensville and beyond.

Each year, the People’s Telly averages over 125,000 video views with ratings cast from viewers all over the world.

If you’re unable to watch at 6:30 on Friday, the Weekly Recap re-airs on Fidelity 6 in the Ozarks at 7 am, noon and 9 pm daily. You can also see the show by visiting the Recap’s Facebook page – facebook.com/weeklyrecap. Give it a like while you’re there!