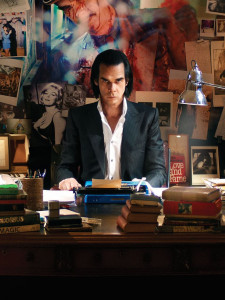 Classic rock to heavy metal documentaries will be featured, including the look at the Norwegian black metal scene, Until the Light Takes Us (2008); the multi-award winning documentary about Nick Cave, 20,000 Days on Earth (2014); and Beatles Stories (2011), deemed by director Cameron Crowe to be "an epic and timeless masterwork."

Fandor will spotlight cinema legend Roger Corman, in honor of his 96th birthday on April 5. A library of Corman classics, including The Little Shop of Horrors (1960) and The Wasp Woman (1959) will be featured, alongside explorations of Corman's career on Keyframe.

Fandor is proud to announce its sponsorship at Roger Ebert's Film Festival - Ebertfest - organized by the University of Illinois, April 20-23, 2022. Co-founded by producer and Ebert Digital LLC CEO Chaz Ebert, recently interviewed on the Fandor Festival Podcast, and the late esteemed film critic Roger Ebert, Ebertfest joins audiences for film screenings from Alfred Hitchcock's The 39 Steps (1935) to Guillermo del Toro's Nightmare Alley (2021). Fandor will also celebrate Ebertfest on the Fandor app with a library of films reviewed by Roger Ebert.

Fandor Exclusives will include Crackdown Big City Blues (2018), the drama about activists seeking to rid their neighborhood of the brutality and violence associated with local drug dealers, and Crackdown Retrospective: Behind the Scenes of Crackdown Big City Blues, the retrospective documentary from producer Frazier Prince, coming April 5. Coming Clean (2020), the examination of America's opioid crisis through the eyes of the recovering addicts and political leaders on the frontlines will premiere on Fandor on April 8.

Broken Vows (2020), the captivating documentary about the lives of women experiencing separation and those who have been caught in the crossfire of separation, from filmmaker Sunnie McFadden-Curtis, will premiere on Fandor on April 19. The Worst Crime (2019), the documentary following the the capital murder trial of Johnny Johnson, arrives on Fandor on April 26.