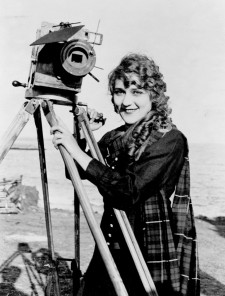 Filmmaker and poet Lynne Sachs, creator of multiple genre-defying cinematic works, will be showcased. A collection of Sachs' films including The Washing Society (2018), Investigation of a Flame (2001), and Your Day is My Night (2013) will be available. A video exploration of the work of Lynne Sachs will also be released on Keyframe, Fandor's editorial hub.

Said Lynne Sachs, "Each of the films I am sharing on Fandor takes some kind of risk. Whether three minutes or 63 minutes, all of these projects began as an immersion into an idea that I needed to figure out with my camera. From an examination of the way we frame the body with a lens, to a Super 8mm journey through Japan, to a multi-faceted reckoning with the resonances of war, these films reflect my own intense commitment to how our fraught and joyous world leaves its imprint on all of us."

Coming to Keyframe will be a showcase on the Indie Spirit Awards, in celebration of the Film Independent Spirit Awards on March 6, featuring past nominees and winners including Short Term 12 (2013), starring Brie Larson, and Rami Malek and Joshua Oppenheimer's The Act of Killing (2012) and The Look of Silence (2014).

Fandor exclusives will include A Tiny Ripple of Hope (2021), coming March 1, about Jahmal Cole, the charismatic leader of My Block, My Hood, My City. Coming March 15 will be All in My Power (2022), following 12 healthcare professionals battling the COVID-19 pandemic. On March 22, Fandor will premiere The Sound of Scars (2020), following three friends who overcame domestic violence, substance abuse, and depression to form Life of Agony. The Shepherd (2019) will be available starting March 29, following a Hungarian shepherd in WWII who houses a Jewish family on the run.