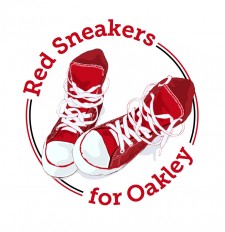 West Palm Beach, FL, February 2, 2017 (Newswire.com) - West Palm Beach native Oakley Debbs was only 11-years old when he suffered a fatal anaphylactic reaction from nut allergies, and passed away over Thanksgiving weekend in 2016 during a family visit to Maine.

The son of Robert and Merrill Debbs, twin brother of Olivia Merrill Debbs, Oakley had unknowingly eaten a pastry that contained nuts, and a delayed reaction of more than two hours resulted in an anaphylactic seizure.  Although Oakley was quickly resuscitated by the local EMT, he was declared brain dead four days later.

Oakley was a gentleman, scholar, and a straight-A student at Rosarian Academy in West Palm Beach, FL. An accomplished athlete, he competed on a traveling soccer team, was a quarterback on his Junior Varsity football team, won a mini-marathon and could broad jump 14 feet. He played tennis, surfed, and skied, to name of few of his many interests. According to his family and friends, Oakley was the most wonderful son and brother, the kindest friend, and polite and congenial to everyone he encountered.  Although only 11 when he died, Oakley was an old soul, “the person everyone would want to be,” his father, Robert Debbs, said.

More than 15 million Americans suffer from food allergies, including all those at risk for life-threatening anaphylaxis. Because of a widespread lack of awareness and confusion surrounding how to respond properly to anaphylactic reactions, the Debbs family decided to publicly share their story right after Oakley died.  Although well versed in how to prevent and how to respond to his constant asthma attacks, the Debbs were not aware of all the symptoms and protocols that needed to be deployed during Oakley’s delayed anaphylactic shock episode.

Devastated by the loss of their son, but determined to raise awareness and make a difference knowing that many children die needlessly each year due to a lack of education, the Debbs family created a Florida- based nonprofit corporation, Red Sneakers for Oakley. The Red Sneaker symbolizes the prized pair of red Puma sneakers Oakley wore during many of his many athletic activities. He told his parents that if anything ever happened to him, he wanted his best friend to have those sneakers.

The Debbs have made it their mission to have the Red Sneaker become the national awareness symbol for the severity of these allergies in memory of their son. Toward that end, they are urging people to wear red sneakers, not only to honor or Oakley, but to elevate awareness about this deadly affliction, and educate parents about how to prepare for and respond to anaphylactic shock episodes.

About Red Sneakers for Oakley

Red Sneakers for Oakley has partnered with Food Allergy Research and Education (FARE), the nation’s leading advocacy organization for food allergies, for all of their educational and clinical direction. For 25 years, FARE and its legacy organizations have been at the forefront of what is now considered an urgent national health problem.

Since its inception, the Red Sneakers for Oakley movement and its companion Facebook page www.facebook.com/redsneakersforoakley have attracted wide notice with messages about awareness and advocacy quickly spreading throughout the country and the world. Red Sneakers for Oakley also maintains a presence on various other social media networks where people from all over the world are posting photos of themselves wearing Red Sneakers.

Oakley may be gone, but his message remains ever-present:
“Be cheerful, happy and enthusiastic.  Show your courage, be at peace, live your life and live it.  That is the best thing you can do for me.  Look for me in the red of the rainbow as I will always be there.”

About Red Sneakers for Oakley