Bluefeel is closing in on $400,000 in funding for its Kickstarter campaign for Montanc and is looking to end up as one of the top vacuum campaigns in the history of Kickstarter. 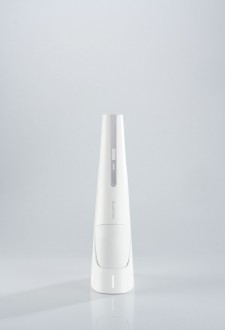 SEOUL, South Korea, July 8, 2020 (Newswire.com) - With 48 hours left before the closing of Montanc's Kickstarter campaign, Bluefeel announces that there are only a limited number of Early Bird prices left for the soon-to-be-produced, hand-held vacuum that boasts the same amount of power as an upright vacuum.

As the campaign continued to gain traction since its launch, Bluefeel discovered that two aspects of Montanc were found to be extremely popular with the Kickstarter backer community. The first is Montanc's comparable power to upright Dyson vacuum cleaners. The second is Montanc's versatility, which allows it to be used to clean a variety of hard-to-reach places that cannot usually be cleaned by other vacuums on the market.

Bluefeel Corp features a team of engineers who have worked in the home appliances division in Samsung Electronics. Their accumulation of years of experience in Samsung is what allowed Bluefeel to create a next-generation, hand-held vacuum that boasts unrivaled power and design in its class.

After the Kickstarter campaign for Montanc is over, prices for the hand-held vacuum will be increased to reflect retail value. Therefore, all potential backers are encouraged to take advantage of the Kickstarter prices before they are no longer available.

Bluefeel would like to announce that the company is looking to collaborate with editors, journalists, and social media influencers. Any individuals or entities that fall in any of the previously mentioned categories that would like to feature or review Montanc can contact Bluefeel through the Montanc Kickstarter campaign page.