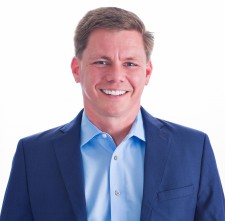 TAMPA, Fla., November 4, 2019 (Newswire.com) - In the aftermath of the Great Recession, two million Floridians lost their homes to foreclosure. A new book, People v Money from Incredible Publishing, says that those homeowners have reasons to blame the judges who ruled against them.

17 of Florida’s 69 appellate judges ruled in favor of banks or other large corporations while invested in their stocks – a clear conflict of interest. For example, one judge owned over $210,000 of stock in SunTrust Bank, Wells Fargo, JPMorgan Chase, and Bank of America yet ruled in favor of those banks in 73 of 84 appeals filed by homeowners from 2012-2018. Just as troubling, this appellate judge created law in favor of these banks, paving the way for them to foreclose on many thousands of Floridians in subsequent lawsuits.

In two published decisions, this judge ruled the statute of limitations was not a defense to foreclosure, effectively preventing Floridians from raising this defense in future cases.[1]  This judge also imposed a heightened standard for homeowners to prevail upon defects in a bank’s pre-suit default letter (commonly known in the industry as a “paragraph 22 letter”), effectively eliminating that defense.[2]  By these three decisions, this judge facilitated the foreclosure of tens of thousands of homes and the transfer of billions of dollars in real estate from low and middle-income families to banks, corporations, and wealthy investors … all while owning over $210,000 in bank stock.

This judge was not alone in his misconduct. Sixteen other appellate judges ruled in favor of companies while owning significant shares of their stock, as did numerous trial judges.

Drafted in boldfaced font, Canon 2 of the Florida Code of Judicial Conduct prohibits judges from even an “appearance of impropriety.” Many courts have interpreted this rule as prohibiting a judge from presiding on a case while owning stock in one of the litigants.[3]  In fact, a federal statute prohibits judges from presiding on cases where the judge or the judge’s spouse or minor child owns a single share of stock in one of the parties.[4]  Nonetheless, Florida judges tasked with regulating themselves have systemically shirked these ethical constraints.

The financial disclosures of 39 other appellate judges do not reveal a conflict of interest, but only because their disclosures conceal the equities in their investment/retirement accounts – a “breach of public trust” under the Florida Constitution.[5]

In the 1970s, a judicial corruption scandal prompted the public to amend the Florida Constitution, requiring all judges file annual financial disclosures identifying “all assets” in excess of $1,000.[6]  The purpose of this requirement, according to the Florida Supreme Court, is the “deterrence of corruption and conflicting interests … and assistance in detecting and prosecuting officials who violate the law.”[7]  To ensure compliance with that objective, the Florida Commission on Ethics has long instructed judges, in boldfaced font:[8]  “[d]o not list simply ‘stocks and bonds’ or ‘bank accounts,” but “identify” each particular equity and the value thereof.[9]

Most of these 39 judges violated this ethical rule not once or twice, but year after year, repeatedly concealing their financial interests – and, hence, their conflicts of interest – from the voting public. Two such judges are now awaiting vote by the U.S. Senate for a lifetime appointment to the federal bench, having been recently nominated by President Trump.

Stopa is available for interviews.