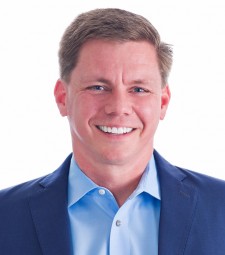 “This is the biggest exposé on the judicial system of our lifetime,” says Mark Stopa, author of this groundbreaking book. “Nine Florida Supreme Court Justices engaged in ethical, if not criminal, misconduct.[i] Numerous lower-level judges joined them.[ii] By aligning with big business to preserve their own positions in office and get rich, these corrupt judges harmed millions of low-income families, facilitating the largest redistribution of wealth in modern U.S. history.”

After ten years of unprecedented success representing homeowners in foreclosure lawsuits, many viewed Stopa as “America’s best foreclosure defense attorney.” The banks he was opposing, though, joined forces with the corrupt officials he was working to expose, parlaying allegations they knew to be false into an all-out assault on his reputation, career, and freedom. Their hope? To conceal their bad acts, silence Stopa, and prevent dissemination of this book. Instead, Stopa worked for more than a year as an investigative journalist, determined to get to the bottom of the corruption. He’s now releasing his findings, urging the Government Corruption Units of the FBI, DOJ, and SEC to act.

“The evidence is undeniable,” Stopa explains. “Much of it is based on the judges’ own financial disclosures, as set forth on my website, www.peoplevmoney.com. On behalf of all Americans, I ask that the FBI, DOJ, and SEC take appropriate actions against those government officials who abused their positions of power and breached the public’s trust.”

More than an exposé, People v Money is a call to action. “Millions of Americans have no voice in government,” Stopa continues, “a direct result of ‘our’ government officials shirking the will of the public and aligning with Corporate America to get rich. To restore our democracy, We The People must recognize People v Money for what it is – not just the title of my book, but the Civil Rights Movement of our generation.”

As part of his book release, Stopa is mailing a copy of People v Money to many prominent politicians, including every U.S. Senator and every Florida legislator. To ensure meaningful change in courtrooms throughout America, Stopa encourages the public to “Join the Movement.”

[i] These Justices are identified within the body of the book.

[ii] These judges are identified within the body of the book.