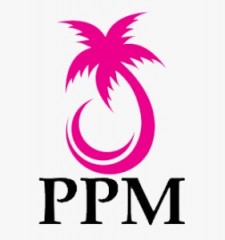 MALE, Maldives, December 23, 2019 (Newswire.com) - The following is an open letter from the Progressive Party of Maldives​, the country's opposition political party.

Speaker of the Parliament, Mohamed Nasheed's public statement acknowledging foreign interference in the 2018 presidential elections is alarming and a first in Maldivian politics. Nasheed's remarks on Saturday, 14 December 2019 are proof the elections have not been free and fair, and did not reflect the will of the Maldivian people. The statement by Nasheed, who is also the leader of the ruling Maldivian Democratic Party (MDP), of possible efforts by the opposition to collude with foreign governments to jeopardize the sovereignty of the country is deeply concerning and warrants an immediate investigation.

Nasheed stated that at the time "no one thought that we would win the 2018 elections" and that the opposition had "no chance". He also explicitly made it clear that the then opposition "made unreasonable demands" from the government of India to "create a small window" prior to the elections, and that "Indian officials and Indian diplomats were at it". He praised the government of India saying that "Indian diplomats were very clever" and that "they did a whole sort of other things which brought us the elections".

Nasheed's statement indicates the Maldivian electoral system has been compromised by foreign powers threatening our democratic institutions. His remarks are an unprecedented confession in the political arena even though the risk of foreign interference in elections is a growing international phenomenon and governments across the globe are taking measures to counter it. Maldivian citizens are in no way acceptive of foreign involvement in our political system that violates our sovereignty. We are shocked and dismayed by Nasheed's statements and repeat our calls on the government of Maldives and urge the Prosecutor General to initiate an investigation into the operations by foreign officials to meddle in the 2018 elections.

An independent inquiry into the widespread allegations of voter fraud and foreign interference in the 2018 elections is paramount to ensure the legitimacy of the government. It is an obligation owed to the people of Maldives to prevent such blatant attacks on our democracy in the future.

Maldives has successfully conducted two free and fair elections in 2008 and 2013 despite the limited resources and logistical challenges. The public admission by the ruling MDP's leader of colluding with foreign governments tout court undermines public faith in democracy and warrants criminal investigation without delay.