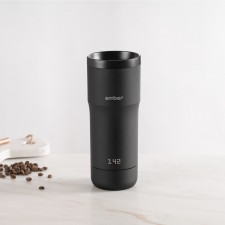 WESTLAKE VILLAGE, Calif., August 24, 2017 (Newswire.com) - Ember Technologies, the leader in consumer-facing temperature control technology and creator of the world’s first temperature control mug, today announced the company has secured $13 million in Series C funding. The additional capital will fuel research, development, and go-to-market sales and marketing initiatives for several new temperature control products slated to roll out in the next six to nine months. The close of this round brings Ember’s total funding to $21 million.

“I founded Ember because I believe in the transformative power of temperature control, and saw the potential for innovation in this category,” said Clay Alexander, CEO and founder of Ember. “Our Series C funding will provide the capital needed to further develop revolutionary products that will improve the way the world eats and drinks.”

I founded Ember because I believe in the transformative power of temperature control, and saw the potential for innovation in this category.

Launched in November 2016, Ember’s flagship product, the Ember mug, is the only temperature adjustable mug that keeps coffee or tea at a consistent drinking temperature from the first sip to the last drop. The company’s patented temperature control technology combines phase-change cooling with microprocessor-controlled active heating, creating the world’s most precise temperature control system. The Ember mug has been met with unprecedented success, with sales well above target numbers. It is currently available at select Starbucks locations, and online at Starbucks.com, Amazon.com and Ember.com.

Ember is revolutionizing the way people eat and drink with the world’s first line of temperature control housewares, including Ember’s flagship product, the Ember mug. Founded in 2012 by inventor and serial entrepreneur Clay Alexander, Ember’s team of world-class product designers and engineers (formally with Apple, Microsoft, Nokia and Amazon Labs), are transforming the drinkware and dishware industry one degree at a time.

We are a media relations company dedicated to driving exposure for brands in the active outdoor, wearable technology and consumer electronics sectors. We deliver results that help achieve business success for our clients.