SANTA MONICA, Calif., June 1, 2021 (Newswire.com) - ECA Partners announces results of a recurring survey of CFOs at Private Equity-backed companies on how the COVID-19 downturn is impacting their financial priorities. The first iteration of the survey demonstrated the severity of the impact on company finances; the second iteration shows a clear shift from cost management and toward acquisitions, new product launches and hiring.

Half of CFOs surveyed in May 2020 reported reducing salaries, 87% have returned salaries to pre-COVID levels. "At a time when many Americans are still waiting for their salaries to be restored, the PE sector is clearly ahead of the curve," said Atta Tarki, CEO and Founder of ECA Partners. "This supports previous findings that PE-backed companies are better positioned to avoid distress and weather crises than many of their peers."

The survey demonstrates that the PE sector has not only stabilized but is recovering. One year ago, 78% of CFOs had cut spend by more than 10%. Now, more than 90% of CFOs plan to increase or keep spending constant. Only 9% of companies plan to reduce spending. CFOs also signaled they plan to spend more or much more time increasing cash flow (51%) and developing new products and markets (57%).

"PE-backed companies are investing in people again," Tarki added. "They are looking to add the talent they need to grow, and making the right moves to retain the talent they have."

ECA Partners is a leading search firm specializing in placing top candidates in permanent, project and interim roles with PE funds and their portfolio companies. Founded in 2011, ECA is a leading proponent of evidence-based methods in the recruitment and evaluation of talent. Founder Atta Tarki is the author of Evidence-Based Recruiting (McGraw Hill, February 2020).

ECA Partners is a leading search firm specializing in placing top candidates in permanent, project and interim roles with PE funds and their portfolio companies. 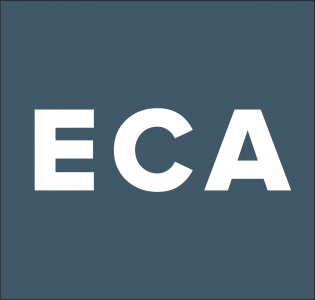 Cascade, Developed and Launched by ECA Partners, Brings ECA's Data-Driven Approach to the Forefront
ECA Partners - Nov 4, 2021
Nobel Investments Announces the Addition of SellingBee to Their Portfolio
ECA Partners - May 10, 2021