Dr. Rajamannan Sends New Evidence to the White House to Protect US Citizens From Faulty Heart Valves as Presented to the FDA on March 9, 2020 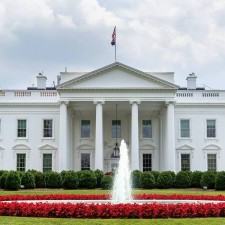 The FDA called the meeting on behalf of Secretary HHS Azar and FDA Commissioner Hahn while Dr. Rajamannan has kept the Trump Administration fully updated on the meeting and request for decisions from the FDA.

The transcript from the call recorded and published provides critical evidence to call the FDA to immediate action to protect U.S. patients:

"To be clear, both Dr. Edwards' heart attack and Ms. Obermiers' heart attack are missing from the final publication, the clinical study used by the FDA to eventually clear the Model 5100 with a new name and a new indication, claiming the device as safe since there were no heart attacks or deaths published in the Myxo study."

"According to Northwestern IRB, Dr. Edwards was included in the Myxo Study unknowingly without consent and without the knowledge that he suffered a heart attack during the experimental surgery."

"In 2018, during a 3 1/2 hour meeting at the FDA District office in Minneapolis, I learned from a Freedom of Information disclosure that the FDA inspection records confirmed the fact that the Myxo Protocol was terminated by Northwestern University, as of June 2006 for future data analysis, future testing and final publications."

"The FOIA confirmed that the protocol 1532-004 was the protocol for the Myxo study to test the device and the caliper measurements as published in the study. Furthermore, the FDA learned that the protocol was terminated by Northwestern University IRB in 2007, with a mutual agreement by the Principle investigator to stop any future testing under the protocol."

"Under the Federal Wide Assurance and 21CFR820.30, these patients are required under the federal and global laws to be informed of the investigational status of the device, the recall and follow-up testing to be sure they did not suffer a heart attack or have heart failure secondary to the experimental heart surgery.

"The most recent victim, Mr. Bill Knotts whose story was published by the Daily Northwestern, died from the failed measurement protocol using the calipers in November 2018.

"I have been reporting to Northwestern University since May 2007, until today but the University is continuing to conceal the evidence of the facts. The fact that the device was never approved for use in humans as of March 2006, as claimed by the manufacturer and reported to the ARDC of Illinois on 12-6-2019 by the general counsel for Northwestern University."

"In the end, the cardiac surgical research registry must be placed on a mandatory hold at Northwestern, as it is a 'Trojan horse protocol' which allows the surgeon to test his own inventions without informing the FDA nor the University nor the patients to gain research and development experience on his inventions."

"The Model 5100 during this testing period in 2006 was found to have 122 failure modes or identified product defects during the testing, which required several large modifications to be made to ensure safety prior to the sales on the US market; these details are outlined in a letter from Congressman Glenn Grothman to Ms. Abrahms, and he is still waiting for a reply as of today."

The reversal by the FDA was confirmed by the Congressional office to the Chairman of the Senate Finance Committee, Senator Charles Grassley.

The decision to not approve the device prior to March 2009 by the FDA was confirmed in 2011, by Dr. Shuren to the Chicago Tribune:

"If a device is supposed to get cleared by the agency first before you're marketing it, we consider that investigational," Dr. Jeffrey Shuren, head of the FDA's medical device branch, told the Tribune.

"KIMT News 3 did reach out to the FDA for comment and is still waiting on a response." -Jessica Bringe, KIMT Rochester MN