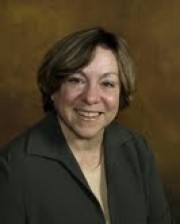 Duluth, GA, November 5, 2014 (Newswire.com) - New in-office surgery services such as sterilization, endometrial ablation and dilation and curettage (D&C)  are now available at Chattahoochee Gynecology, PC in Duluth, Georgia at the convenience of the patients.

These surgical procedures are usually done in hospitals, where the patient acquires hefty hospital charges and a long waiting period to be seen. However, with the availability of these services now available at Chattahoochee Gynecology, PC procedures can now be on an outpatient basis, covered by insurance and even be an option to avoid a hysterectomy.  This ensures cutting down costs from hospital bills and offering the convenience of quicker service.

As a patient, you are our number one priority and we are committed to providing you with the individualized attention and prompt, courteous and highly skilled care you deserve.

“As a patient, you are our number one priority and we are committed to providing you with the individualized attention and prompt, courteous and highly skilled care you deserve,” said Laura A. Tsakiris, M.D.

An endometrial ablation is a procedure to cauterize the lining of the uterus to prevent heavy menstrual bleeding. It can be done under a twilight sleep in the office and takes just a few minutes. Since there are no surgical incisions the recovery time is very quick and most people can get back to work the next day. Having the procedure done in the office avoids the high hospital fees that would be charged for an outpatient procedure. Most insurance companies will cover the cost of an endometrial ablation.

A D&C is another procedure that had traditionally been done in the hospital and can now be done in the office. This procedure is used to evaluate the lining of the uterus for cancer or precancerous conditions. It also can be done to remove endometrial polyps that can cause irregular bleeding. This procedure is generally done under a twilight sleep and takes only a few minutes to perform. At the same time as a D&C, a hysteroscopy is performed. Hysteroscopy is using a periscope to actually look inside the cavity of the uterus to observe abnormalities and direct the biopsy and removal of any lesions or polyps.

Another procedure now done in the office is the Essure sterilization. This takes the place of the traditional in-hospital tubal ligation. This procedure places coils in the fallopian tubes which scar the tubes and cause sterilization. Because there are no incisions the recovery time is short and the patient can go back to work the next day. This is currently the recommended method of sterilization for women by the American College of Obstetricians and Gynecologist. Under the Affordable Care Act, permanent contraception is covered 100 percent.

About Laura A. Tsakiris, M.D.:

Dr. Tsakiris graduated from the University of Pittsburgh Medical School and 1984 followed by her residency at Magee-Women’s Hospital in Pittsburgh. After coming to the Atlanta area in 1988, Dr. Tsakiris started Chattahoochee Gynecology in 1989, delivering babies at Northside Hospital. She has been practicing gynecology only since 2005 and now works daily at her office in Johns Creek and has operating privileges at Northside Hospital and at Emory Johns Creek Hospital.

Chattahoochee Gynecology, PC is a gynecology facility in Duluth, Ga.  that provides services such as routine exams, pap smears and treatment for specialized problems. The medical team is committed to providing the kind of environment that will help patients make the best choice for them. Patients are ensured getting individualized attention and prompt, courteous and highly skilled care.