With this, the overall compatibility of Dr.Fone Android Root has been expanded. As of now, Dr.Fone Android Root works with more than 7000 different devices in a trouble-free manner. Additionally, it has the highest success rate in the industry for rooting various Android devices. It provides 100% secure results and can readily be used to root latest Samsung phones like Galaxy S6, S7, J3, J5, or J7 in seconds.

Root an Android device without losing its warranty

One of the major risks involved with the rooting operation is that it tampers with the original warranty of an Android device. Due to this unwanted complication, lots of Android users don’t root their smartphones. Though, Dr.Fone Android Root can perform the desired operation without causing any damage to an Android device. Therefore, users won’t lose the warranty on their device with Dr.fone Android Root.

Even after rooting their devices, if users wish to go back, then Dr.Fone can assist them to un-root their devices. It would automatically clean the root access on the device and its inbuilt warranty won’t be disturbed. This is what makes Dr.Fone Android Root one of the best rooting tools out there. Besides having the highest success rate in the industry, it provides a safe rooting solution that doesn’t tamper with the warranty of the device.

Why should an Android device be rooted?

After rooting an Android device, one can have an unparalleled access to their device and can easily make the most out of it in no time. It certainly unleashes the true potential of an Android device. Most of the experts also suggest that Android users should root their device using a reliable tool like Dr.Fone Android Root. Following are some of the evident benefits of rooting:

·         To start with, users can get rid of the pre-installed and default apps from a device that can’t be deleted on an average device.

·         Also, users can download apps from different sources that were not supported before rooting the device.

·         By installing a custom kernel and ROM on the rooted Android device, users can alter the overall look and feel of their phone as well.

·         Furthermore, after rooting their devices, users can get rid of in-app ads. There are plenty of third-party ad-blocking tools that can only be downloaded on a rooted device.

·         A rooted device provides an access to all the low-level operations that weren’t accessible by users before.

·         Once the device is rooted, users can perform a deep cleaning operation on it by getting rid of unwanted system apps and data.

·         It can also boost a device’s processing speed and efficiency.

·         After rooting, users can truly customize their smartphone experience and have a complete control on their device.

When it comes to the benefits of rooting, the sky is the limit. Nevertheless, there are still plenty of users who consider rooting as a risk. Needless to say, with all these benefits, it is a risk worth taking. Additionally, by using a reliable tool like Dr.Fone Android Root, users can now root their devices without facing any unwanted setback.

Now when Dr.Fone Android Root is also compatible with Samsung Galaxy S6, S7, J3, J5, J7, and all the latest smartphones, it can readily be used to root an Android smartphone. It is known to provide 100% secure and reliable results with its high success rate. Without losing the warranty, users can now root their Android devices with Dr.Fone in a hassle-free manner.

With 5+ years of experience in providing people top-ranked software and services, Dr.Fone has been dedicated to serve 50 000 000+ users. Dr.Fone have and will never forget the promises and keep helping customers enjoy wonderful digital lives. 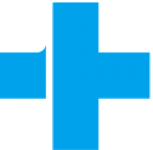