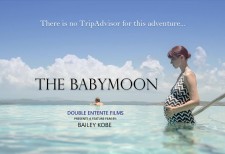 Double Entente Films and writer/director Bailey Kobe, creators of music and lifestyle videos for clients including Big Sean and Kanye West, Louis Vuitton, and Dior have been selected to adapt the top-selling Alyson Foster novel, GOD IS AN ASTRONAUT for the screen.   An Oprah Book Club selection, the story is of a family in crisis set amidst the space race, told in the unique format of the protagonists’ emails.   The deal was made by Massie & McQuilkin Literary agent Rayhané Sanders.  With the screenplay expected by summer 2017, the film will begin casting and is forecast to begin production in early 2018.

Kobe’s talents for adaptation are known in the industry where he has developed studio projects for a sweeping Madam Tussaud biopic, a Nobel Prize winning Muhammad Yunus biopic, a hit play from France, a handful of spec rewrites, and an F. Scott Fitzgerald adaptation.

Praise for GOD IS AN ASTRONAUT

"A provocative debut [that speculates] on what the future may bring."

~O, The Oprah Magazine ("10 Books You Must Pick Up This August")

“Opens in a shocking manner and unfolds into a painful yet comic tale about the mysteries of the cosmos—and our daily lives.”